Trio lead at the Shriners 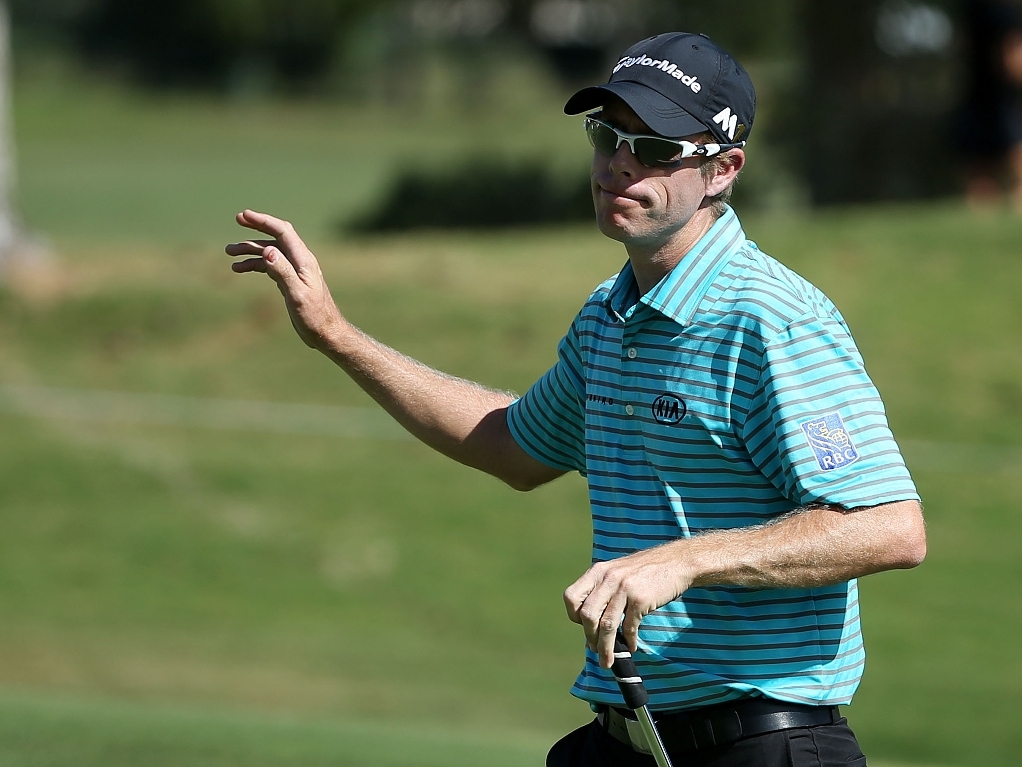 Tyler Aldridge joined the trio atop the leaderboard on seven-under, but the 31-year-old was unable to finish his round as darkness led to play being suspended.

Having begun on the tenth tee, Hearn made three birdies in his first four holes, including a holed 25-foot putt at the 13th. A birdie at the 16th was cancelled out by a lone bogey at the 17th before four birdies on the closing nine saw the Canadian climb to seven-under.

Like Hearn, Thompson holed some big putts, with a 25-foot eagle putt at the par-five 16th the perfect recovery after a double bogey at the 11th in an otherwise spotless round that included seven birdies. Hubbard too made the most of the scoring opportunities on offer at the 16th, sinking a 30-foot eagle putt on his way to a 64 that also featured six birdies and a single bogey.

Aldridge saw his red-hot round brought to a premature end, with the Idaho native left with two holes to play after notching up three birdies on his opening nine and four on the closing nine before he was forced to call it a day at the eighth tee.

Lee, who hit a six-under-par 65, made six birdies in seven holes to start his round, but the 28-year-old South Korean then stumbled to back-to-back bogeys before adding a further two birdies to his card. Ishikawa notched up seven birdies and a lone bogey to join Lee and nine others on six-under.

Fowler, who currently sits in a tie for 113th, started strongly with birdies at the 10th and 13th before faltering with a double bogey at the 17th after finding the water with his second. The world number five was unable to find his rhythm on his second nine and posted two bogeys and birdie.

Defending champion Ben Martin fired an opening 70, while Emiliano Grillo, last week's winner at the Frys.com Open, slumped to a 74.