Trio in front at Memorial 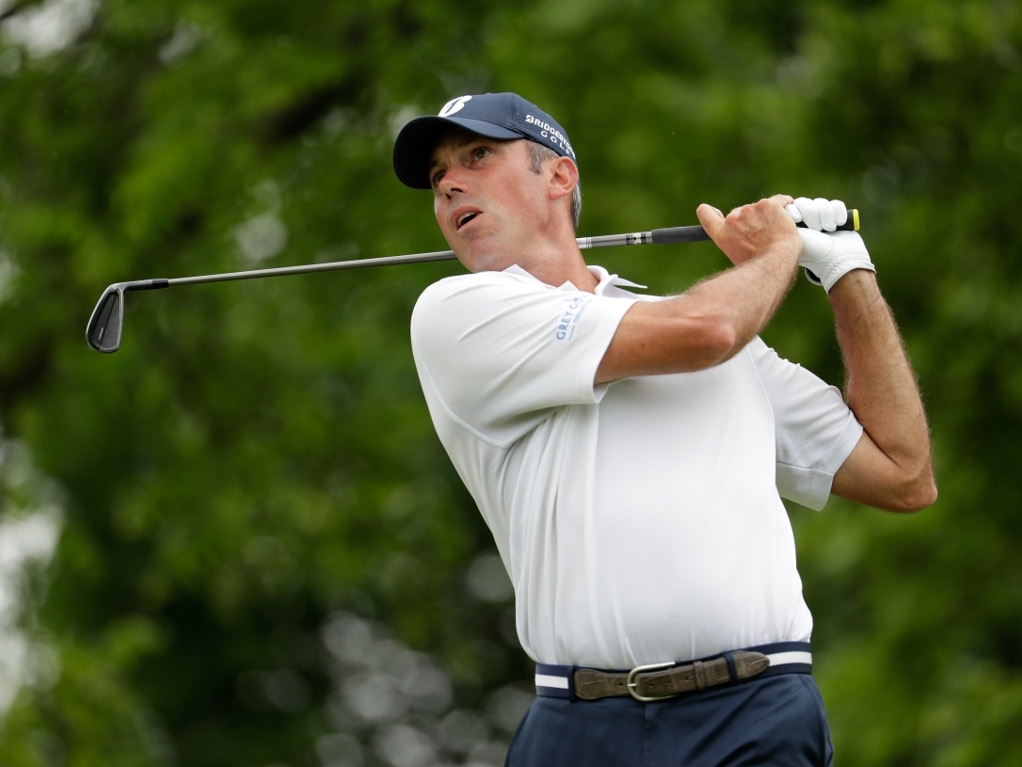 Matt Kuchar, William McGirt and Gary Woodland found themselves one stroke ahead at the Memorial Tournament on Saturday.

The trio are on 14-under and are closely followed by Dustin Johnson, Jon Curran, Emiliano Grillo and Adam Hadwin, who are in a tie for fourth on 13-under.

World number one Jason Day is three shots adrift of the lead in a tie for 11th, while Rory McIlroy is in a tie for 21st on nine-under.

World number two Jordan Spieth struggled on Saturday and plunged down the leaderboard as a result.

Kuchar, who carded a 70, began his round with two bogeys on his first four holes before atoning for his mistake with a hat-trick of birdies from the fifth to seventh. He did, however, end the front nine with a bogey at the eighth.

Another bogey followed at the 10th, but he bounced back with four birdies over his next five holes before once again faltering with a bogey at the 18th. Despite this, it was enough to keep him in a share of the lead.

McGirt surged up 21 spots following his round of 64, which began with him making three birdies, which included a 33-foot putt at the first, and a three-foot eagle putt at the par-five fifth. McGirt maintained his momentum on the back nine as he made four more birdies and a bogey.

Woodland, who registered a 69, had a very quiet front nine as it consisted of a sole birdie at the seventh. He went on to make two more on the back nine to complete a bogey-free round.

Day recorded a 68 on Saturday and began his round with a bogey at the second before he bounced back with four birdies over his next five holes. The Australian continued to impress for a majority of the back nine as he made three birdies before stumbling at the par-four 18th, where he made a double bogey.

McIlroy slipped down nine spots after firing a 70, which saw him make two birdies and a bogey on the front nine. He failed to turn his fortunes around on the back nine as he made three birdies and two bogeys.

Meanwhile, Spieth plummeted down 36 spots on the leaderboard following his round of 74, which began with him making two birdies and three bogeys on the front nine. His struggles continued on the back nine as he made a birdie and two more bogeys.