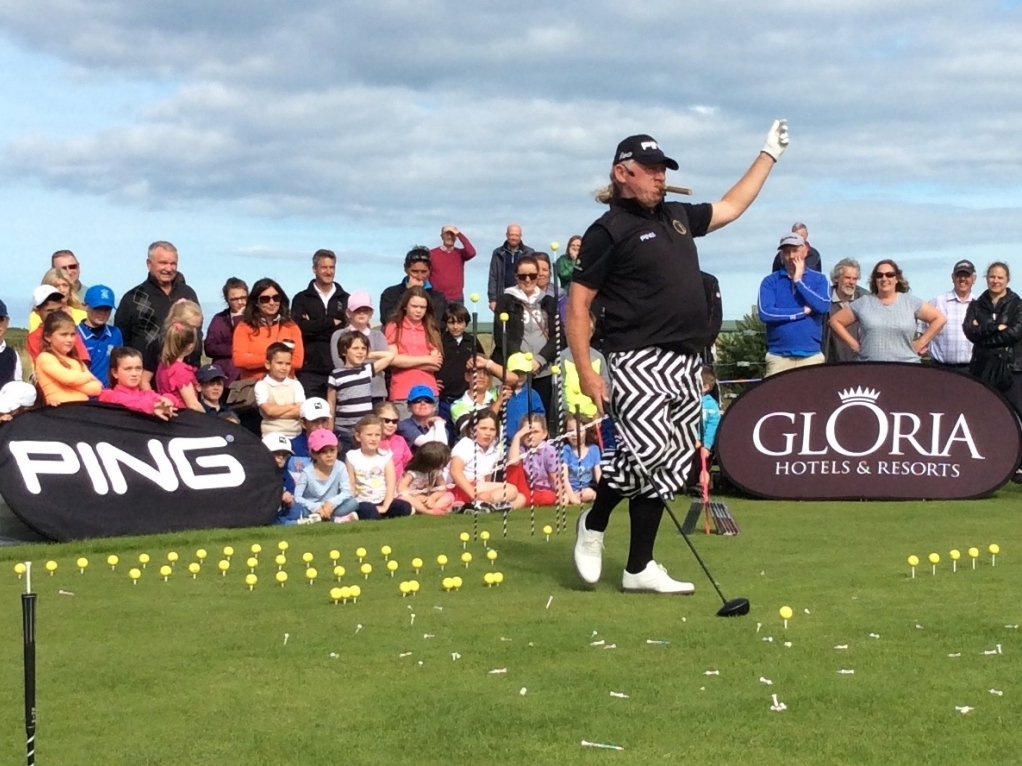 David Edwards – regarded as the best trick shot artist in the business – has continued his link-up with the fabulous Gloria resort in Belek, Turkey, which is the only 45-hole golf resort on the Turkish Riviera.

Edwards, who is a former European Tour professional, has performed his amazing show in more than 50 countries at some of golf's biggest events and will be taking his skills around the globe once again throughout 2016.

Showing off his skills with his selection of unusual clubs – including his famous two-metre driver – Edwards' witty commentary makes for real sporting entertainment at tournaments and corporate days.

His golfing impersonations have also become part of his routine with his versions of Bubba Watson and Miguel Angel Jimenez proving particularly popular among spectators.

And with his background at the highest level of the sport, Edwards knows the Gloria golf experience is up there with the very best of them.

He said: "Gloria is a fantastic resort and I'm delighted to continue my association with them.

"I've seen a lot of golf resorts in my career, but the two courses at Gloria and the practice facilities are right up there with the best I've seen. They have everything you could possibly need for a fabulous golf holiday.

"And aside from the golf, the accommodation, the quality of the food and the staff are of the highest standard. They cannot do enough for you. It is always an absolute pleasure to visit and I hope to do so many more times in the future."

Edwards is set to take his popular show to the Senior Open Championship this summer at Carnoustie and has several other high-profile appearances lined up across Europe. He will also make a sixth appearance at the DP World Tour Championship in Dubai – the European Tour's season finalé in November.

He will then return to Gloria at the end of the year for his traditional New Year's Eve show in Turkey.