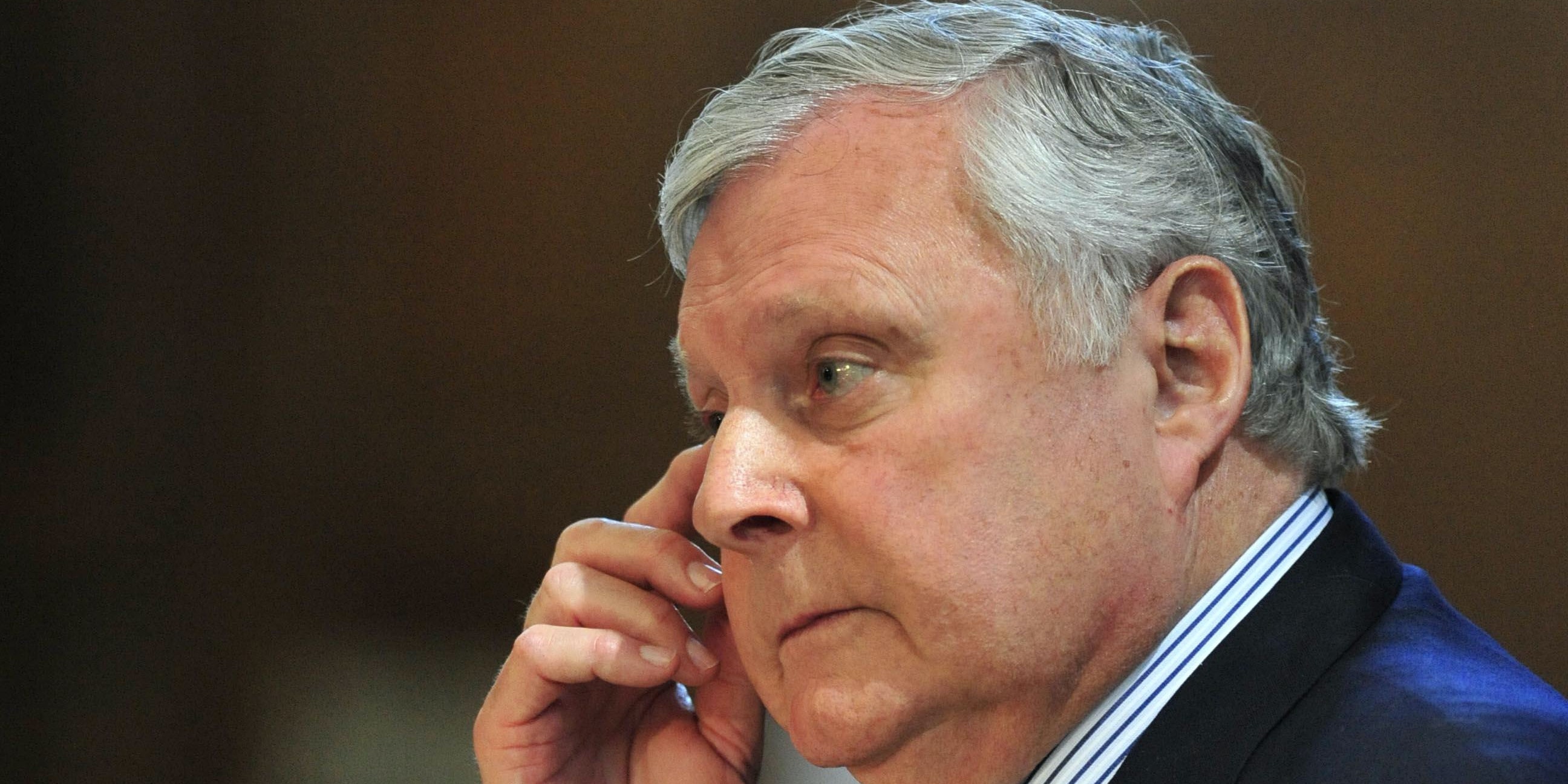 Jack Nicklaus paid a heartfelt tribute to his “dear friend” Peter Alliss after the man who became the ‘voice of golf’ following a successful playing career died at the age of 89.

Alliss, who won more than 20 tournaments during his career and played on eight Ryder Cup teams, died on Saturday evening at his home in Surrey.

Nicklaus, the 18-time major champion, said golf had “lost one of its great players, broadcasters, writers, ambassadors and, most important, one of the game’s true friends”.

“Peter was a dear friend to Barbara and me for probably over 60 years,” the American, founder of the PGA Tour’s Memorial Tournament, wrote on Twitter.

“Peter and I played many matches against each other. Peter was a valued member of our Memorial Tournament Captains Club for 22 years. Just as his voice was distinctive to golf audiences worldwide, Peter’s was a respected voice within the Captains Club.

“Peter had a great wit and was a wonderful storyteller. We were blessed to have him at the Memorial in 2019, when he was honored with the Memorial Golf Journalism Award. It was the first time since 1998 that Peter’s schedule allowed him to be at Muirfield Village in person.

“It was very special to see him again, as Peter entertained us while honoring us with his presence. A really good man and friend. Barbara and I send our most heartfelt thoughts, prayers and condolences to Jackie, his wife of 51 years, his family, and his countless friends.”

Bjorn wrote on Twitter: “What a great man. Great voice and a true friend of our game.”

He added: “We will miss him dearly but we should also celebrate a life well lived.”

Five-time major winner Phil Mickelson posted on Twitter about the “joy and entertainment” Alliss brought to many, and reminisced about a memorable speech he gave at his Hall of Fame induction in 2012.

The American wrote: “Peter Alliss sadly just passed away and I wanted to say how appreciative I am for the joy and entertainment he brought to so many people. His HofF speech is the best I’ve heard and I say ‘runker baker’ every time I’m in Europe (he messed up once and I can’t forget it).”

Former England footballer Gary Lineker, who worked with Alliss at the BBC, said he was a “wonderfully witty and truly brilliant commentator”.

The news was announced by the European Tour, whose chief executive Keith Pelley said: “Peter made an indelible mark on everything he did in our game, but especially as a player and a broadcaster, and he leaves a remarkable legacy. Our thoughts are with his wife Jackie and the Alliss family.”

Born on February 28, 1931, in Berlin, where his father Percy worked as a club pro, Alliss followed in his father’s footsteps and quit school at the age of 14 to work for him at Ferndown Golf Club in Dorset, before turning professional himself two years later.

His move into broadcasting came about after he was overheard by the BBC’s Ray Lakeland talking to a friend on a flight back from a tournament in Ireland in 1960.

Alliss combined commentary stints at the following year’s Open Championship with finishing eighth behind Arnold Palmer at Royal Birkdale, helping raise his profile to such an extent that he was chosen to give Sean Connery golf lessons before the actor played James Bond in the 1964 film ‘Goldfinger’.

Alliss became the BBC’s lead commentator in 1978 and was due to celebrate his 60th year in broadcasting in 2021. In November he commentated on the Masters from home due to the coronavirus pandemic and his own failing health.

A statement released by the BBC on behalf of the Alliss family read: “It’s with great sadness that we announce the passing of golfing and broadcast legend, Peter Alliss.

“Peter’s death was unexpected but peaceful. Peter was a devoted husband, father and grandfather and his family ask for privacy at this difficult time.”

Director of BBC Sport, Barbara Slater, added: “Peter was the voice of golf. He was an absolute master of his craft with a unique ability to capture a moment with a magical turn of phrase that no one else could match.

“He transcended his sport as one of the greatest broadcasters of his generation. He will be terribly missed and our thoughts are with his family, friends and colleagues at this very sad time.”