Torrey Pines Is Calling – Can Phil Mickelson Complete a Career Grand Slam at the US Open? 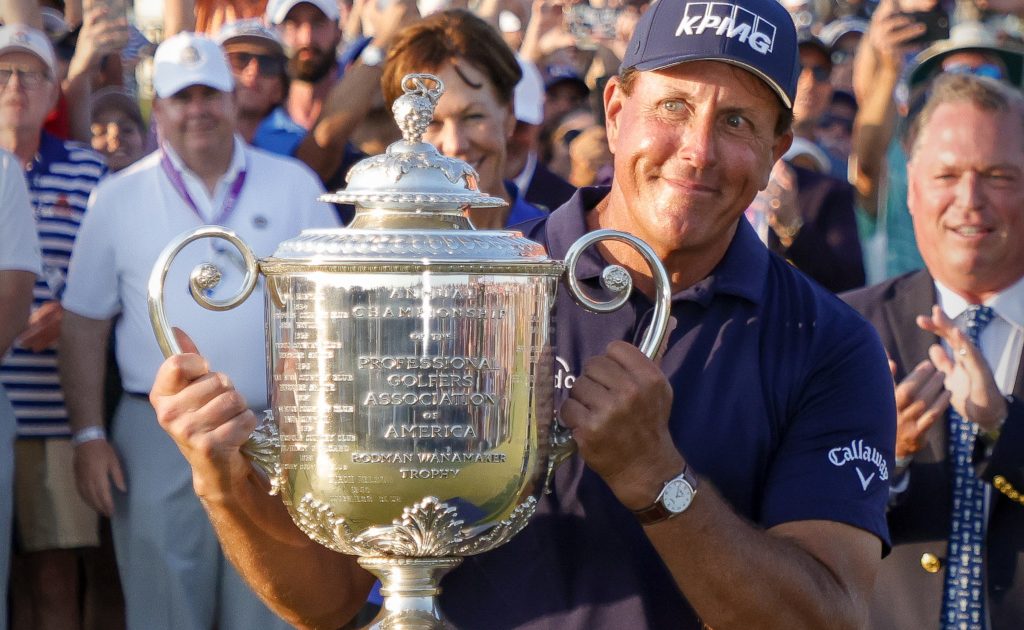 Phil Mickelson is one of the good guys of golf. There aren’t many bad boys, to be honest, but Mickelson is likeable regardless. The lefty is even more renowned after adding the PGA Championship to his trophy cabinet. But far from letting the legendary golfer revel in his success, fans, pundits, and Mickelson himself are thinking ahead.

With the 2021 US Open set for Torrey Pines in the middle of June, this represents an incredible opportunity for the three-time Masters’ champ to complete a career grand slam and join a select list of his peers from the modern era. As it goes, the San Diegan is in with more than a shot.

It’s par for the course that the bookies think the usual suspects will turn up to the 2021 US Open in top form. They have proved throughout the year that they are consistent and skilled in equal measure, which is why the golf betting has Brooks Koepka and Bryson Dechambeau in the top three favourites at 10/1 and 12/1, respectively.

However, as golf tips go, they don’t get much simpler – never rule out an iconic player who has experience and momentum on his side. At 50/1, Mickelson is a rank outsider with the bookmakers, and it’s not hard to see why. His USPA victory was stunning, yet he has only qualified for the US Open thanks to special dispensation from the sport’s authorities.

The thing is, Mickelson will go into the tournament knowing he has the beating of Koepka and co after beating him and Louis Oosthuizen to the US Open title. That knowledge so close to a major goes a long way as Lefty won’t be scared of anyone. Why should he? He just beat them at the ripe age of 50!

When people say it’s their home course, what they typically mean is that they are from the state. The venue could be 100 miles away, but they pretend as if it’s on their doorstep. With Mickelson, Torrey Pines really is that close to his house as it’s less than 15 miles away.

This explains why his form at TP is very strong – he has won the Farmers Insurance Open three times on one of the toughest courses in world golf. Players with less experience will surely struggle with the rough and the tight fairways. You need to be playing well, and Mickelson is hitting some of the best form of his life regardless of his age.

Also, it’s wrong to underestimate the effects home comforts can have on an athlete. Sleeping in his own bed, relaxing on his sofa, and being around his family should relieve the tension that comes with the tour. A happy golfer off the course is a successful one on it. Combine these things and his 50/1 odds don’t look so bad.

👍👍👍@PhilMickelson has received a special exemption into the 121st #USOpen, which will be played June 17-20 at @GolfTorrey in San Diego, Calif.

Mickelson himself has said Torrey Pines could be his last big opportunity to complete the career grand slam and there’s not much better preparation than winning the most recent major competition. The left-hander knows what it takes to come close after finishing runner-up six times at the US Open.

Yet it’s his renewed mental approach that seems to be working wonders. While he understands the task in front of him, he also sees the steps he’s taking to compete at the top level again. Speaking recently, Mickelson told journalists about how he needed the victory to see the full picture. Physically, the potential grand slam winner has never been questioned, but there were mental doubts.

Now they are gone, Mickelson appears to have everything he needs to put himself in contention for the US Open and another record in the history books.

Let’s not kid ourselves – it’s a long shot, as highlighted by the odds. Still, with everything he has done recently and over his career, you wouldn’t want to bet against the lefty from storming to a famous victory and doing it for the golden oldies!