The Top Three Golfing Moments of 2017 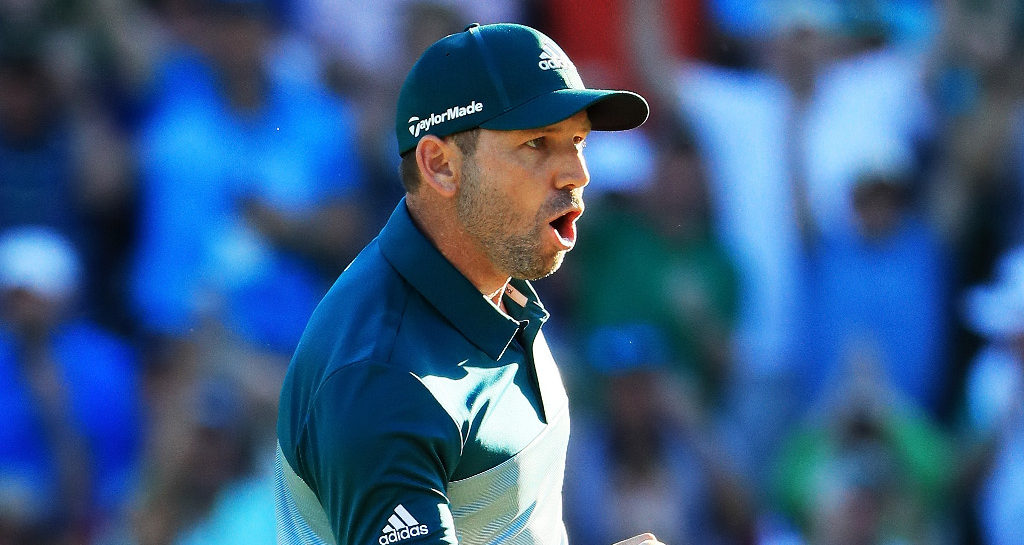 As we head towards the final stages of 2017, it is a great time to reflect back on the year we have had in golf. There were players who broke through and won their maiden Major Championship, while some of the senior players on the European and PGA Tours had success to prove they still have the game to match their younger counterparts. Here is a look at the three most memorable moments.

At the start of 2017 Sergio Garcia was considered by many people as the best player in the history of the game to have never won a Major Championship. At his 74th attempt at one of golf’s big four tournaments, he ended that long wait with success in the Masters at Augusta. The Spaniard needed a play-off to get past Justin Rose and seal the famous Green Jacket in the event. With victory in Georgia, Garcia became the first Spaniard to be successful in Masters since Jose Maria Olazabal in 1999. When the defending champion lines up in the tournament again in April, he will be hoping to become the first man to win back-to-back Green Jackets since Tiger Woods in 2002. The bookies clearly subscribe to the idea that he can repeat the trick, too, where he is available in the latest Golf odds at 20/1 to win the 2018 Masters next year.

Jordan Spieth’s Back Nine At The Open

Jordan Spieth won the 11th PGA Tour title at the 2017 Open Championship where he showed tremendous character on the back nine on that final Sunday. It all looked to be going wrong for the American when his tee-shot on the 13th tee to hand his playing partner Matt Kuchar the advantage. Spieth managed to come away with only a bogey and then followed it up with birdie, eagle, birdie to get himself back in control of the tournament. The former world number one now just needs the US PGA Championship to complete the set of Major Championships. He was also part of the US Presidents Cup team which beat their international opponents to defend their trophy in 2017.

There is no question that the star player from the 2016/17 season was Justin Thomas as not only did the American win five tournaments in the PGA Tour, he added his first ever Major Championship and became the FedEx Cup winner following the post-season play-offs. The most memorable moment over the last 12 months for the 24-year-old will be his victory in the US PGA Championship back in August. Thomas shot a stunning round of 68 on the final day at Quail Hollow which was enough for a two shot advantage in the clubhouse. Despite his success in the final Major of 2017, Thomas still found his best game in the FedEx Cup play-offs to ensure he won the bonus. He was victorious in the Dell Technologies Championship, while he ensured he generated enough points to top the standings by being consistent in all of the FedEx cup events.

The 2017/18 PGA Tour season has already got underway, while the European Tour campaign is set to begin in December.