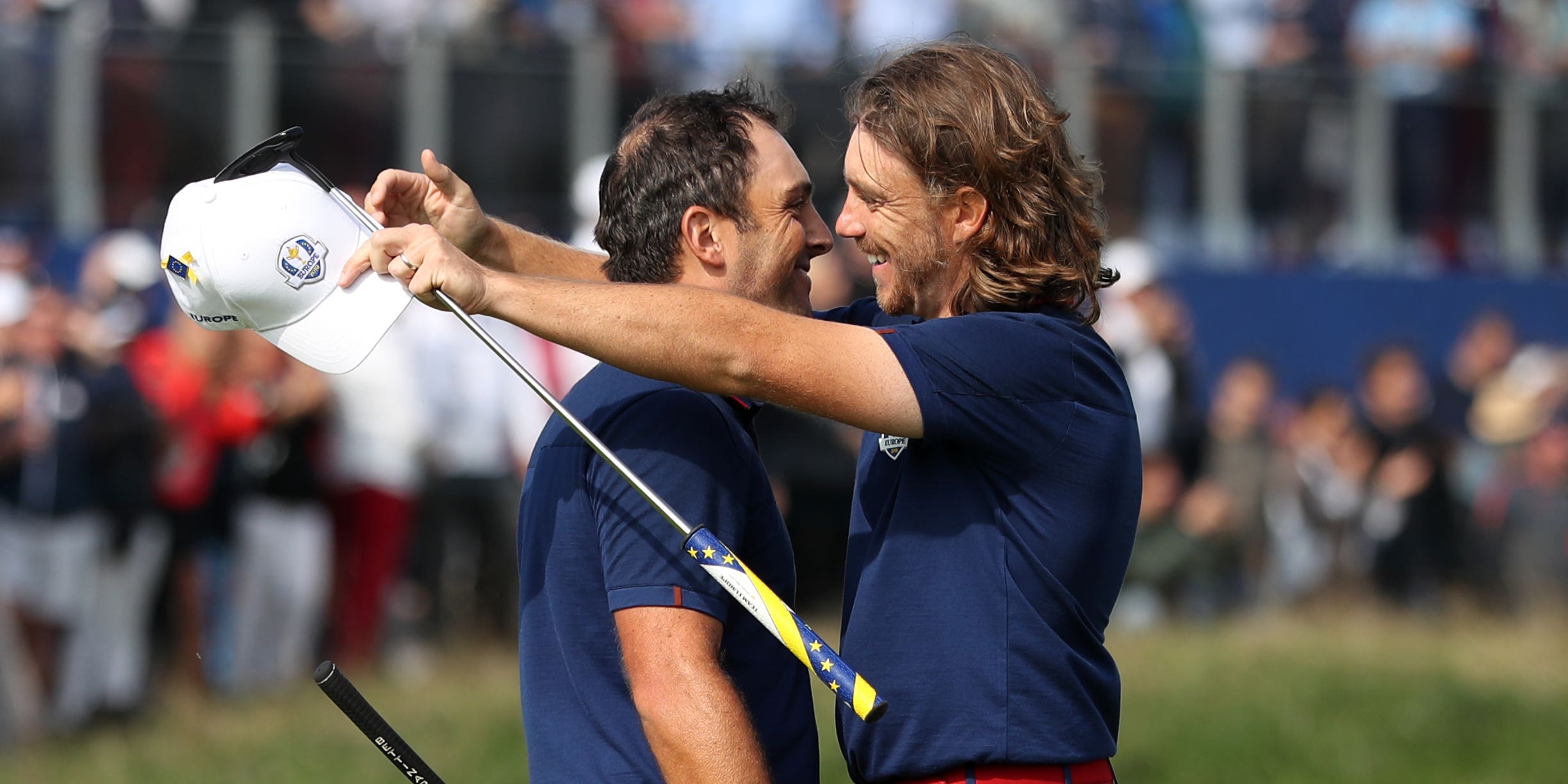 Tommy Fleetwood has consigned his ‘Moliwood’ partnership with Francesco Molinari to the history books and is looking to create new memories at Whistling Straits.

The English-Italian pairing won four points together over the first two days in Paris three years ago, playing a large part in laying the foundations for the the European team’s seven-point winning margin.

Molinari has not qualified for the event in Wisconsin and so Fleetwood is keen to put that experience behind him and hopefully find a new, equally fruitful partner.

“He would have loved to be here. I speak to him all the time. He’s a massive supporter of the team and he will be this week but for me, it’s another Ryder Cup.

“It’s with a bunch of guys that were in Paris. It’s with some new guys but guys that you see all the time.

“I think ‘Moliwood’ was a great name. (But) Moliwood was in Paris and we’re obviously very close but I think people may be overly focused on it.

“It’s not around this week, but also we have an unbelievable team, and I can’t wait to partner up with whoever that’s going to be.

“I had an incredibly lucky experience that in my first Ryder Cup as a rookie I had somebody like Francesco by my side who was obviously playing great and I was playing well but none of that really matters at all this week.

“It’s memories that I will have and that team will have for a lifetime, and hopefully we’ll do the same in this one.

“There’s always the next challenge around the corner. That’s just what this is. Let’s just create our own memories this week and keep them in the locker forever, as well.”

Fleetwood felt the key to his and Molinari’s success was more due to their relationship than their respective games.

He will be looking to strike up another on-course bond with someone this week but knows it all has to fit in with captain Padraig Harrington’s plan.

“Games obviously do play a part. I think personalities probably, if I was to favour one more important than the other, I would probably go with that one just for the sheer level of golf that we all play week in, week out,” he added.

“A lot of it goes down to if you play well, then you’re a good team, and that’s all you can really do.

“Europe is so lucky with the personalities that we have and how well we gel together and everything. We’ve always come out of it really good.

“Whatever the captain wants me to do, what sort of matches he wants me to play, who he’d like me to play with, who we fit well with, it’s the same for all the guys.

“I’m just excited to play with whoever my partner is, as is the rest of the team.”

With Tiger Woods not playing as he continues his recovery from February’s horrific car crash there is no one player to single out as a target in an American team which boasts eight of the world’s top 10.

However, Fleetwood said having the opposition’s top player in their sights was irrelevant.

“All we want to concentrate on is getting the points for Europe and then celebrating.

“They’re going to be 12 of the best players in the world and you’re just going to go out and have to play your game and hopefully get the points that we need.”