Tommy Fleetwood holds off Bryson DeChambeau to progress in Austin 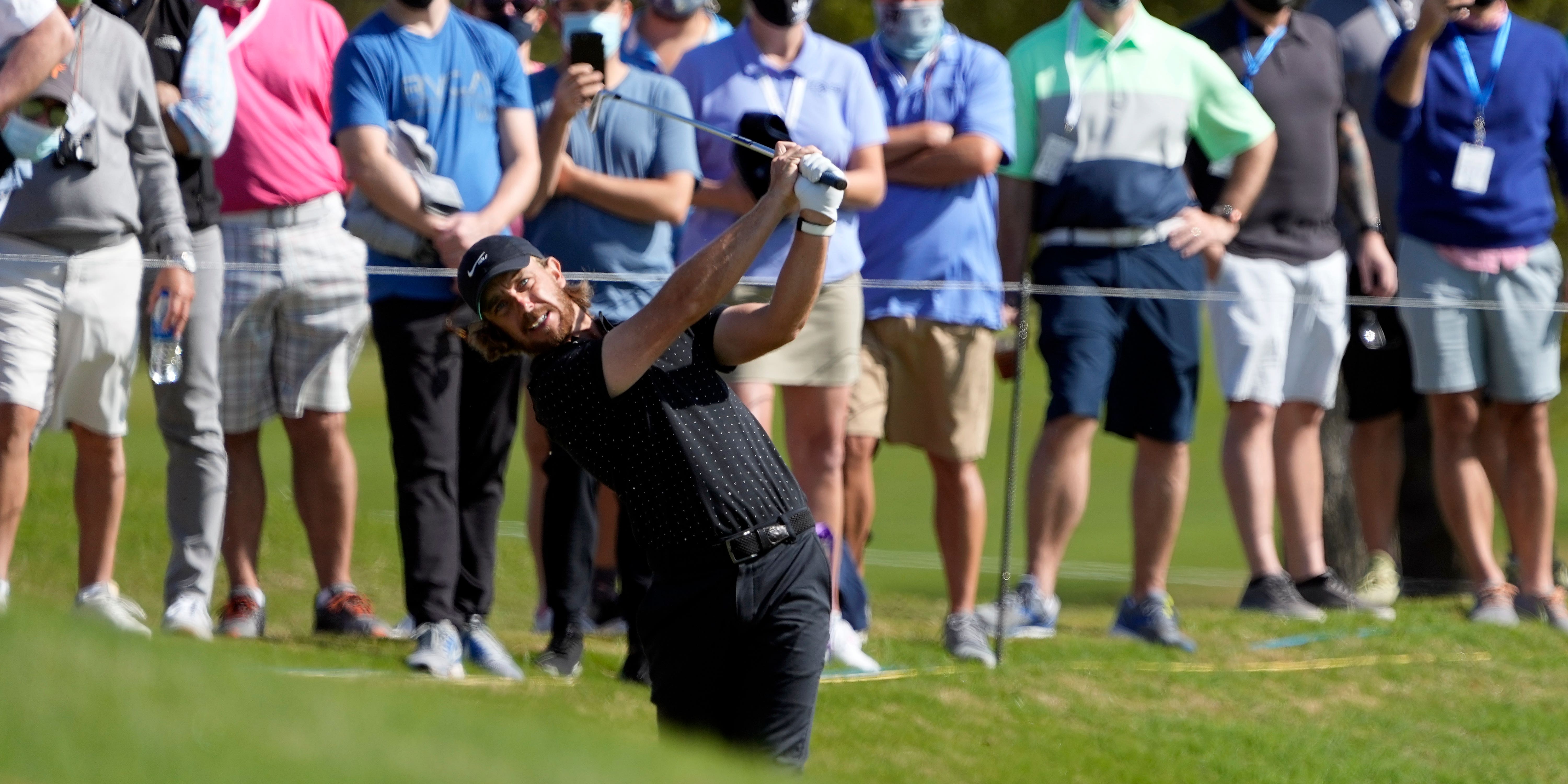 Tommy Fleetwood survived a dramatic late scare to beat US Open champion Bryson DeChambeau and advance to the last 16 of the WGC-Dell Technologies Match Play.

Fleetwood was in charge of his own destiny after taking 1.5 points from his opening two matches and was three up with five to play against DeChambeau, only to lose the 14th to a birdie and the 15th after three-putting from long range.

After an errant drive on the 18th it looked certain that Fleetwood would have to settle for half a point and a play-off with France’s Antoine Rozner, but the Ryder Cup star scrambled an unlikely par to secure a hard-fought one up victory.

Fleetwood had won the first hole with a par and the fifth and sixth with birdies, the latter coming after DeChambeau three-putted the par-five for par.

A conceded birdie saw Fleetwood move four up after DeChambeau misjudged his chip from the back of the seventh green, but Fleetwood was then unable to get up and down from a bunker on the next.

Worse was to come on the 11th as Fleetwood dumped two balls into the water on the par three, but the former European number one bounced back immediately to win the 12th with a birdie.

DeChambeau almost drove the green on the short par-four 13th despite the hole playing into the wind, but missed from five feet for birdie to remain three down.

A birdie from four times the distance on the 14th gave DeChambeau renewed hope and when Fleetwood three-putted the 15th from the fringe, the gap was down to a single hole.

DeChambeau had the upper hand on the par-five 16th after finding the green in two, but Fleetwood – who had found a bunker off the tee – holed from 15 feet for birdie and forced his opponent to hole from six feet for a half.

Fleetwood’s pulled drive on the last finished in a dry water hazard but he was able to blast the ball towards the green and got up and down for par to secure the win after DeChambeau missed from eight feet for birdie.

Fleetwood will face Dylan Frittelli in the last 16 after the South African won group 12 despite losing to Will Zalatoris on Friday.