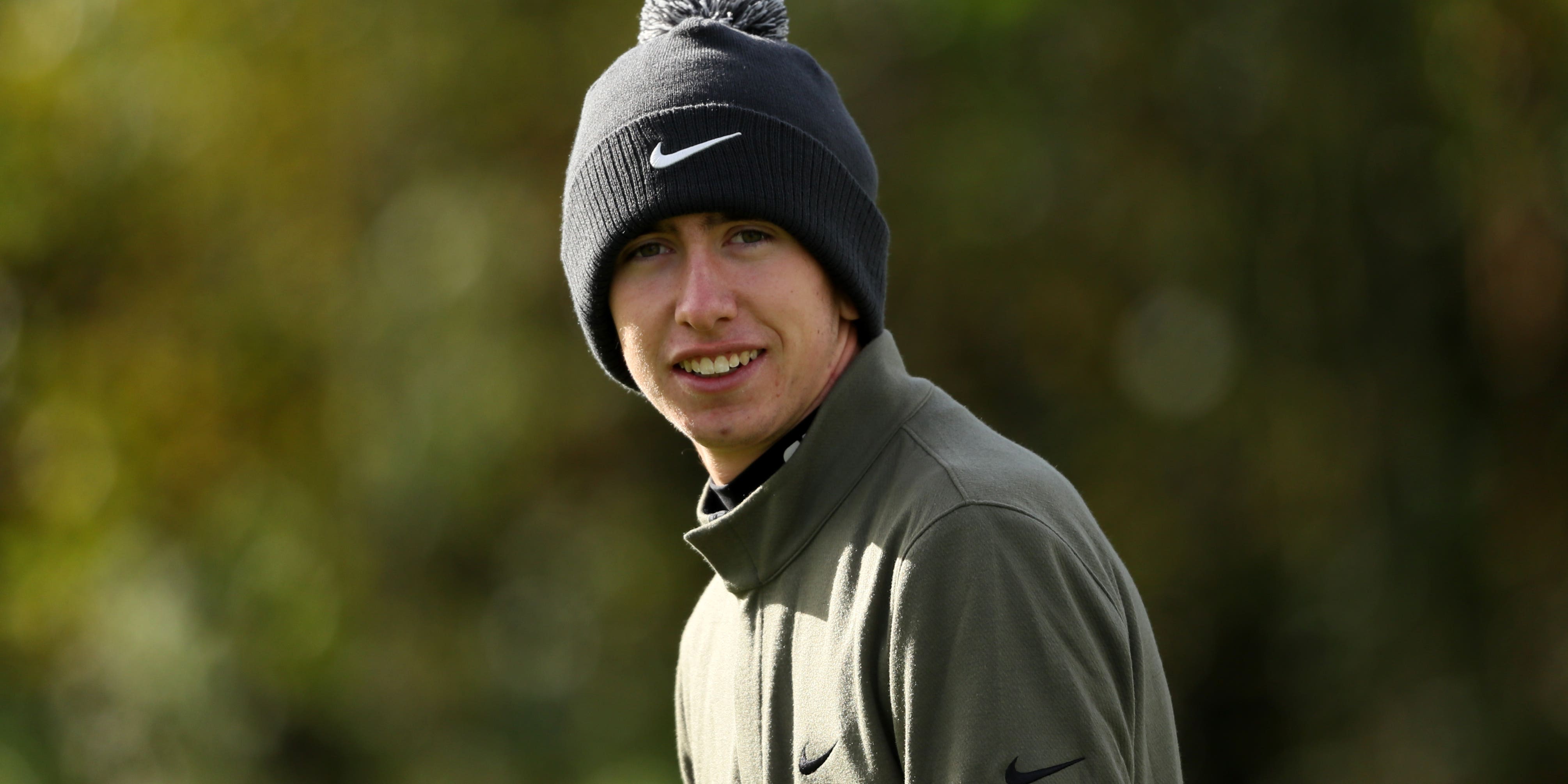 Tom McKibbin is keeping the advice he has received from Rory McIlroy close to his chest, but admits he would love to emulate some of the four-time major winner’s achievements.

And after being “confused” at missing out on selection for the upcoming Walker Cup, McKibbin has followed in McIlroy’s footsteps by turning professional at the age of 18 and will make his debut in this week’s Tenerife Open.

“I’d love to be winning majors and become world number one. That would be an awesome achievement. Those would be some long-term ambitions, to be the best.

“I’ve talked to Rory quite a bit, he’s given me his opinion and I’m probably just going to keep all that to myself. But he’s been great to me and I’m really thankful for that. It’s just awesome to be able to get to ask him questions and learn from him.

“I was always going to turn pro, but with me not making the Walker Cup team I decided to go a few weeks earlier. I was disappointed, not disappointed, a bit more confused to be totally honest.

“I was disappointed for a day. I don’t care now, it’s over with and I’m on to better things now.”

McKibbin has missed the cut in all six of his previous starts on the European Tour or Challenge Tour and admits he will need to sharpen up around the green to compete successfully in the paid ranks.

“I think the difference at this level of golf is they are all very good short-game players, putters and chippers. It’s a level higher,” the former world junior champion said.

“Making the cut this week would be lovely. I’m going to commit to every shot, play the course the way I think I should play it and hopefully on Sunday we’ll have had four good rounds.

“I sort of did everything (at amateur level), I have no regrets.