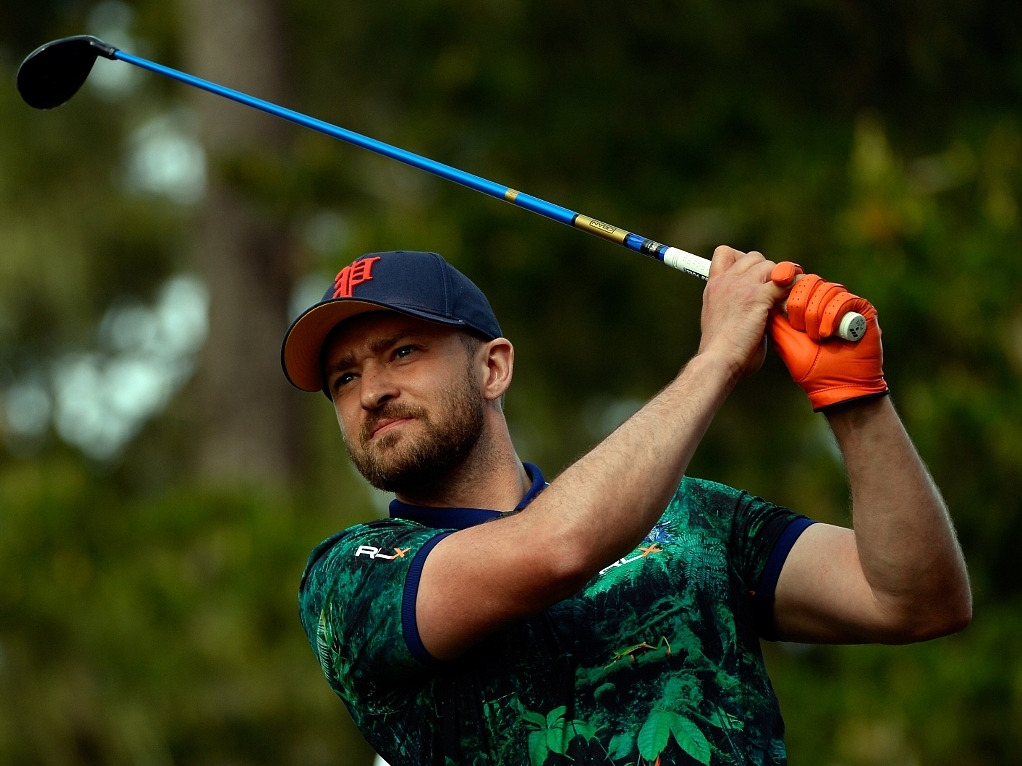 Despite some sparkling golf from Chez Reavie and Freddie Jacobsen on day one of the AT&T Pebble Beach Pro-Am, it was Justin Timberlake who impressed most with his impromptu guitar performance on the 16th tee at Spyglass Hill.

The AT&T Pebble Beach Pro-Am is a week where the PGA Tour professionals often are not the biggest superstars on the course. The biggest cheers are unlikely to come after a booming 350 yard drive or a sumptuous flop-shot from a green-side bunker but rather a witty piece of banter or a hysterical act of self-depreciating humour from a Hollywood personality. That is right folks, golf takes a back seat here!

Justin Rose paired up with Timberlake and while the former shot a splendid 66 it was nowhere near enough to win the performance of the day. That went to the latter who, when a spectator pulled out an acoustic guitar on the 16th tee, followed a solid tee-shot down the left fairway by grabbing the guitar and, along with fellow entertainer Alfonso Ribeiro, who was also playing in their group, offered up an impromptu song for a small group of fans.

"That was a cool moment," Rose said.

On an aesthetic level, comedian and actor Larry the Cable Guy, who despite his stage name has never worked for a cable company, chose to wow the crowds with his attire. He was somehow allowed to play 18 holes on one of the world's most chic golf courses in a tragic camouflage sleeveless vest that was accompanied by a matching peak cap!

On the other end of the spectrum, Mark Wahlberg paired up with Bubba Watson and the duo looked disconcertingly professional as they wore matching shirts. However, it was unfortunately a classic case of 'all the gear, no idea' as they finished the day tied for 41st!

Elsewhere, it was a wild afternoon for The Big Bang Theory star, Kunal Nayyar, as a serious flaw in his swing saw him hit a spectator in the cheek with a ball after an errant shot. It was not all doom and gloom though for the spectator as Nayyar, known for his role as Rajesh Koothrappali in the CBS sitcom, passed on tickets to see a live taping of an episode of The Big Bang Theory as a kind of apology. Sounds fair enough!

Earlier in the week, country singer Jake Owen recorded what surely must have been his most memorable feat on a golf course as he beat world number one Jordan Spieth. The two were preparing for the AT&T Pro-Am by playing a round at nearby Cypress Point Club when Spieth fell from grace.

"Notice he’s playing off a two this week, so he did good negotiating to start.

"It came down to the last hole. I had a putt to win from about 12 feet and I missed it and Jake celebrated and that was about it."