Tight at the top in Germany 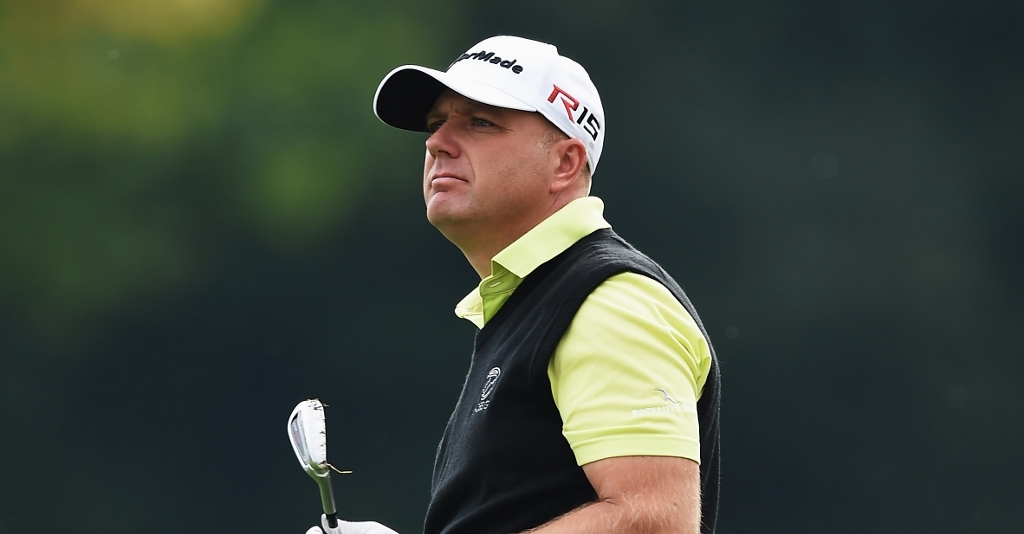 Graeme Storm shares the lead with Ross Fisher and Charl Schwartzel on ten under par at the halfway stage of the Porsche European Open.

Englishman Storm, who scored 65 on the opening day, carded an eagle at the par five tenth hole on his way to a four under par 67 in the second round on Friday.

Storm told the European Tour: "I'm really happy to shoot four under today. I didn't feel I was swinging it that great today.

"I didn't feel I was hitting the ball that great but I got round and made a few putts and I had a chip in on the tenth for eagle, which always helps.

South African Schwartzel made five birdies to post back-to-back scores of 66 to head into the clubhouse with the lead.

Schwartzel said: "It's nice to play some consistent golf. I've been feeling like I'm going to play well for a while, knocking on the door, but not had the momentum go my way.

"This time around I've kept it together nicely. I've hit lots of greens, given myself lots of opportunities and made a few putts, which helps.

"I can chip, that's not my problem, but things like that (the second hole) are what you need when you are going to have a good tournament and compete. It keeps the momentum going."

Storm's compatriot, Fisher, bettered his previous day's score of 67 by two, recording an impressive seven birdies to also finish on ten under.

Fisher said: "I'm delighted. I played some very good golf out there. My form has been good and I am hitting the ball nicely. Results just haven't shown that.

"Missing the cut in Holland, I didn't actually play that badly. I felt fresh coming into this week after a week off and felt pretty comfortable out there in the pro-am.

"It is a course that suits me, I can be aggressive off the tee with the driver and the greens are so pure. I've got good vibes with it being the European Open, having won the tournament."

Richard McEvoy and Byeong Hun-An scored 67 and 65 respectively to finish on nine under, one shot adrift of the leaders, with Johan Edfors, Darren Fichardt, Oliver Fisher, Richard Bland and Justin Walters making up the rest of the top-10 on the leaderboard.