Tiger’s caddie Joe LaCava on what happened after Masters win 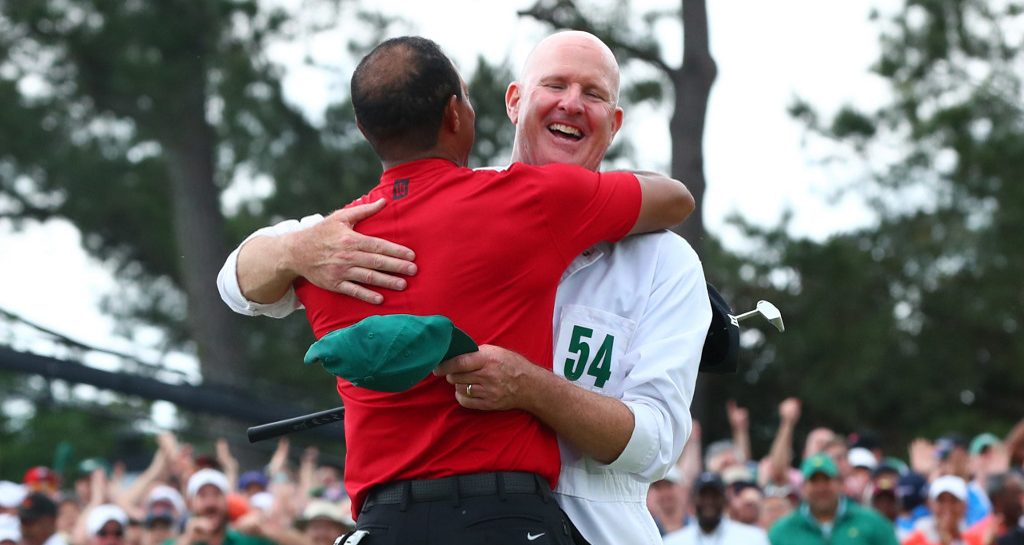 Tiger Woods’ caddie Joe LaCava had some great stories to share about the aftermath of their incredible Masters victory.

In an interview with The Caddie Network, LaCava had several interesting tidbits to share, starting with what happened shortly after the win in the scoring area.

“We just kind of looked at each other and soaked it all in,” LaCava said. “It was still only seven minutes since he putted out and it’s hard to take it all in at that point, but we just took a deep breath. Nothing was really said.

“He basically said, ‘We did it,’ again. But we got to share the moment and smile at each other. It was such an achievement, a proud moment more than anything. Nothing needed to be said because we could read each other’s minds.”

LaCava also said he received a very appreciative and thankful late-night text from his boss after a night of celebrations at Butler Cabin and then an Augusta, Georgia, Hooters restaurant.

“Tiger did send a message that said, ‘We did it, appreciate you hanging in there with me, I love you like a brother,’” he said.

“And I sent one back very similar to that. Hopefully we’ll have a nice sit-down dinner and rehash everything at the next tournament and not necessarily celebrate it, but enjoy it and reminisce a little bit.”