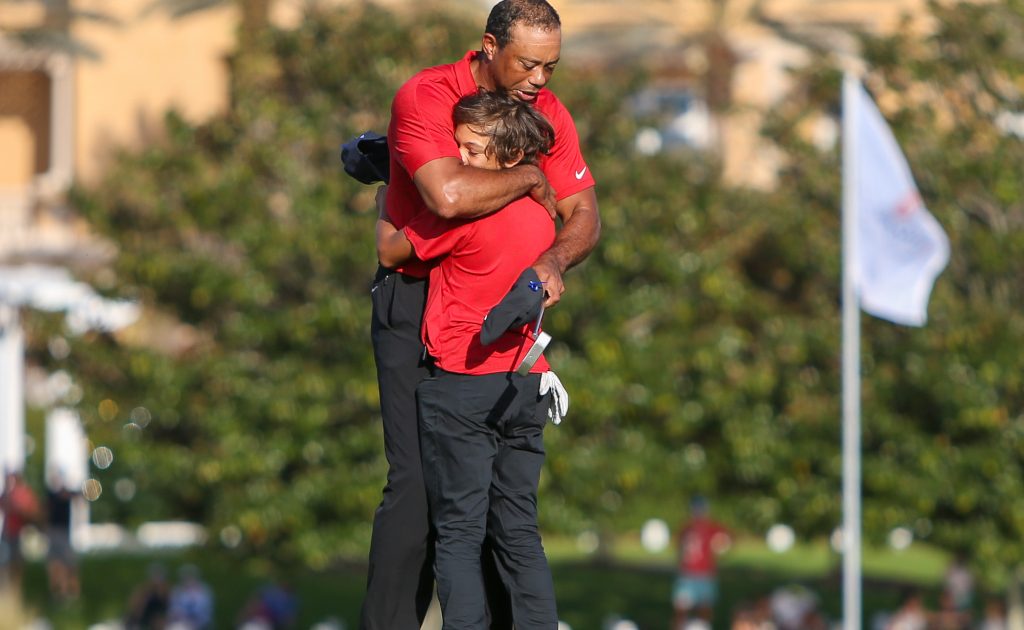 Tiger Woods admitted he was feeling “worn out” after coming second with son Charlie at the PNC Championship.

The 45-year-old has been undergoing extensive rehabilitation since sustaining serious leg and ankle injuries in a car accident in February.

Woods made his first competitive appearance since playing in the same tournament last December and finished runner-up on 25 under, two shots behind John Daly and his son John Daly II in Orlando.

He told pgatour.com: “I’m just happy and thankful I’m able to do this. I still have my own leg, which was questionable for a while. I’m just really tired. I’m not used to this. This is my fifth round of golf this year. I’m a little worn out.

“The fact I had my son there, he’s an unbelievable player and partner. We had a great strategy going in. I thought we were going to be in there, our whole goal was never to make a bogey and we never made one.

“We got on a run which was great and it got interesting and tight towards the end.”