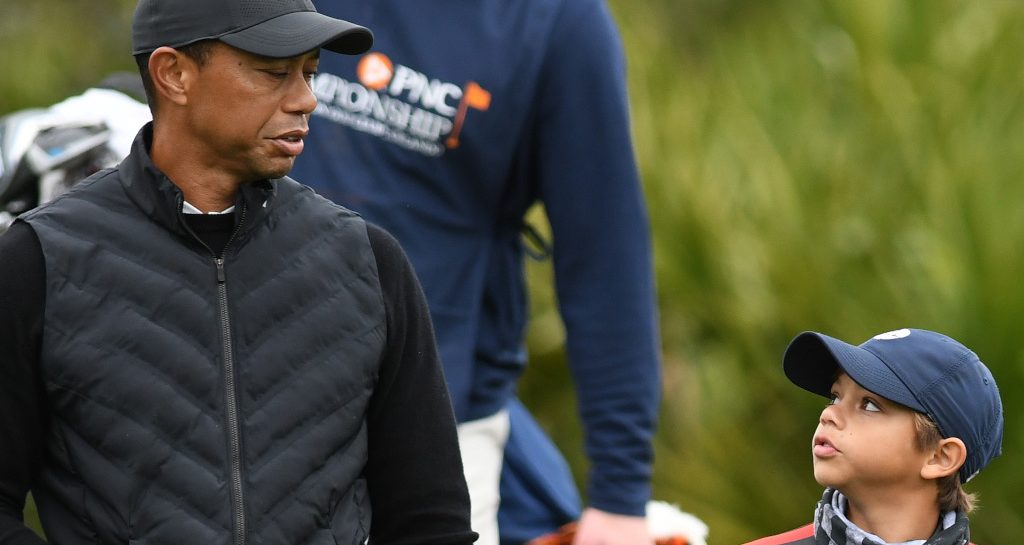 All eyes were on Tiger Woods and his 11-year-old son Charlie as they practiced ahead of the PNC Championship in Florida on Thursday.

The duo took to the course at Ritz-Carlton Golf Club in Orlando on Thursday to hit some practice shots amid intense interest from onlookers and reporters, with Tiger an interesting one to follow when using sports betting apps.

Videos of them in action quickly drew hundreds of thousands of views on social media, but Woods said afterward he does not fear for his son in the glare of the media spotlight.

“Well the whole idea is the bonding that we have,” he said. “I spent so much time with my dad on the old back nine having those moments and this is an opportunity for us to come together and share great moments like this.

“He’s been playing junior golf tournaments and he’s been out front having people video him. And this is a different world that we live in now that everyone has a phone and everyone has the opportunity to video and he had been out there and he just enjoys it.”

Spectators in attendance got a good look at Woods Jnr’s swing, which looks an awful lot like his famous father’s.

However, Woods was quick to point out that he’s not putting any pressure on his son to follow in his footsteps.

“My dad never pushed me to play golf or run track or cross-country any of those things. Whatever Charlie decides to do, whether it’s golf or not, as long as he just enjoys it, I couldn’t be more happy for him.”

The 36-hole PNC Championship gets underway on Saturday, and features 20 Major winners and PGA Tour stars playing alongside one of their family members.