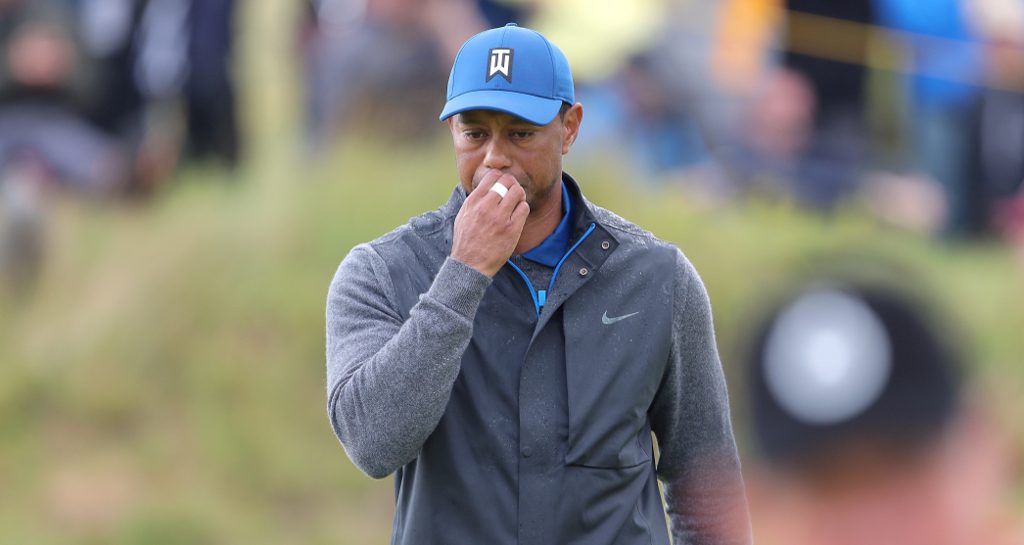 Tiger Woods has opted for some more down time to recoup for a busy run at the back end of the season.

The 16-time major champion is looking to make a run at the FedEx Cup via a three week stint of playoff events, which will tee off at the Northern Trust Open on August 8th.

Woods is currently ranked just 27th in race for the most lucrative prize in golf, but solid results in the playoffs could see him improve dramatically.

“I’m going to take a couple of weeks off and get ready for the playoffs,” the 43-year-old told ESPN.

“We’ve got the playoffs coming up, and anything can happen. Last year I almost stole the whole FedEx Cup at the very end. If it wasn’t for [Justin Rose’s] little break there at the bunker, it could have been interesting. So get ready for those events. And after that then have a break.”

The world number five is coming off the pack of a disappointing Open Championship, where he missed the cut after rounds of 78 and 70. Woods cut a tired figure after this Royal Portrush slog.

“I just want some time off just to get away from it,” he told the press afterwards.

“I had a long trip to Thailand [for a family vacation after the US Open], and then trying to get ready for this event, to play this event, it’s been a lot of travel, a lot of time in the air, a lot of moving around and different hotels and everything. I just want to go home.”