Tiger Woods on practice and his short game at Augusta 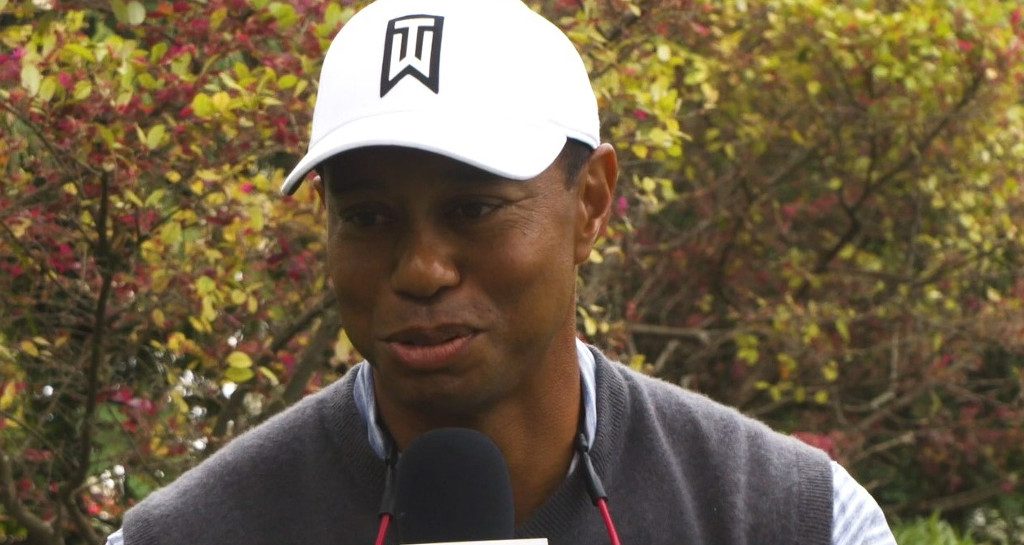 Tiger Woods chats to GolfTV about his pre-tournament preparation for the Masters, and how the week before Augusta differs from others.

Check out the first part of the interview and a transcript of their chat below:

Tiger on the Masters 💬

Henni Zuel: How does your week off differ before a major, before the Masters, then it would a regular week off?

Tiger: A lot of practicing my putting, short game, getting a speed down, and really trying to play arcing break, and literally just try and hit the highest point possible to fall on the front lip, because you know that you have putts there that are from…I’ve had 10-footers that break eight feet.

I mean, so it’s just seeing lines that you don’t normally see. That’s the hardest part. Sometimes the front of the lip is from the backside. You know, you’ve got to come around on the backside.

It’s just trying to get your mind wrapped around that idea of lanes that you have the option to hit a putt vary so much.

Use a low line and extreme high line that’s where the creativity and why the good putters really, really love playing there.

Henni Zuel: In terms of your practice area and your holes that you have at home, do you set those up differently, depending on what tournament you have to play?

Tiger: All we do is just get the sub air going, double cut, double roll every day, and we’ll get them up to probably about 14, 15 on a stimp and where they’re just baked out, but there’s really no friction.

You know when Bermuda gets that way there’s really no friction it just rolls forever. Whereas at Augusta there is a little bit of friction to it. That’s part of the biggest thing.

Some years I’ve gone there where the greens at Augusta seem slow because we’ve had the greens so much faster at home. But we don’t have the slope that Augusta has, and so again that’s trying to get a feel for shaping shots.

Even the chip shots, realizing that the lines were where they are, the cut spins, the draw spins, the highs, the lows. Trying to get a really good handle on that.

GOLFTV is the new digital destination for golf fans all over the globe. Visit GOLFTV to learn more about PGA TOUR programming and exclusive content from Tiger Woods.