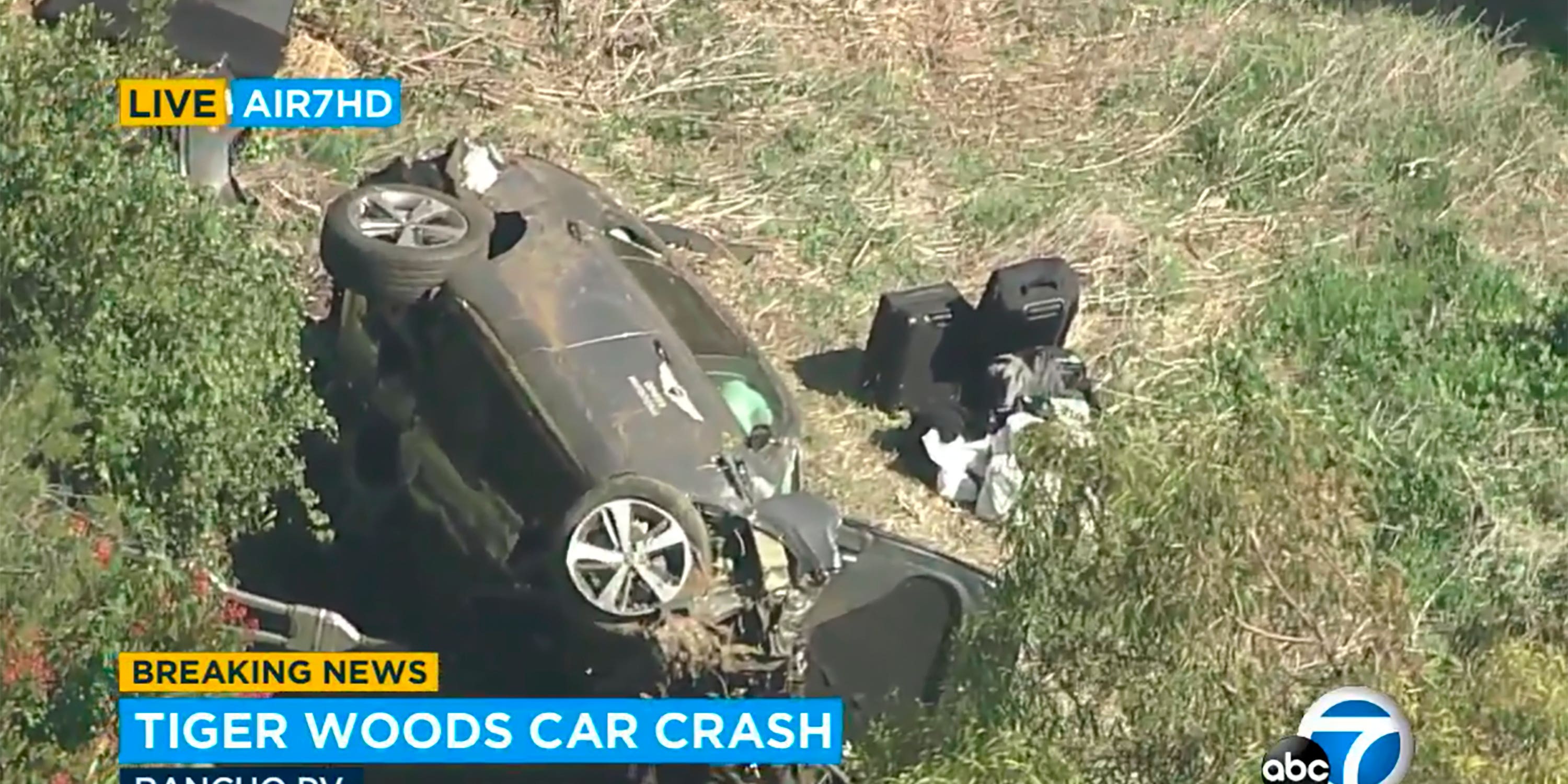 Tiger Woods suffered multiple leg injuries and had to be cut from his vehicle with “jaws of life” equipment following an accident in Los Angeles.

The 15-time major winner was taken to a local hospital by ambulance after the incident early on Tuesday morning and his agent, Mark Steinberg, said the 45-year-old was taken into surgery.

Woods was the only person in the vehicle, which bore the logo of his Genesis Invitational tournament, and sustained major damage. No other vehicles were involved.

A statement from the Los Angeles County Sheriff’s Department read: “On February 23, 2021, at approximately 7:12 AM, LASD responded to a single vehicle roll-over traffic collision on the border of Rolling Hills Estates and Rancho Palos Verdes.

“The vehicle was traveling northbound on Hawthorne Boulevard, at Blackhorse Road, when it crashed. The vehicle sustained major damage.

“The driver and sole occupant was identified as PGA golfer Eldrick ‘Tiger’ Woods. Mr Woods was extricated from the wreck with the ‘jaws of life’ by Los Angeles County firefighters and paramedics, then transported to a local hospital by ambulance for his injuries.

“The traffic investigation is being conducted by investigators from LASD Lomita Station.”

In a statement, Steinberg told Golf Digest: “Tiger Woods was in a single-car accident this morning in California where he suffered multiple leg injuries.

“He is currently in surgery and we thank you for your privacy and support.”

And Real Madrid midfielder Gareth Bale, who is on loan at Tottenham, wrote: “Sending my thoughts and prayers to Tiger Woods. Get well soon champ.”

He spent 11 months on probation but returned to competition late in 2017, won the Tour Championship in September 2018 and completed a remarkable comeback with victory in the 2019 Masters, his 15th major title and first since 2008.

In a statement, the PGA Tour said: “We have been made aware of Tiger Woods’ car accident today. We are awaiting further information when he comes out of surgery.

“On behalf of the PGA TOUR and our players, Tiger is in our prayers and will have our full support as he recovers.”