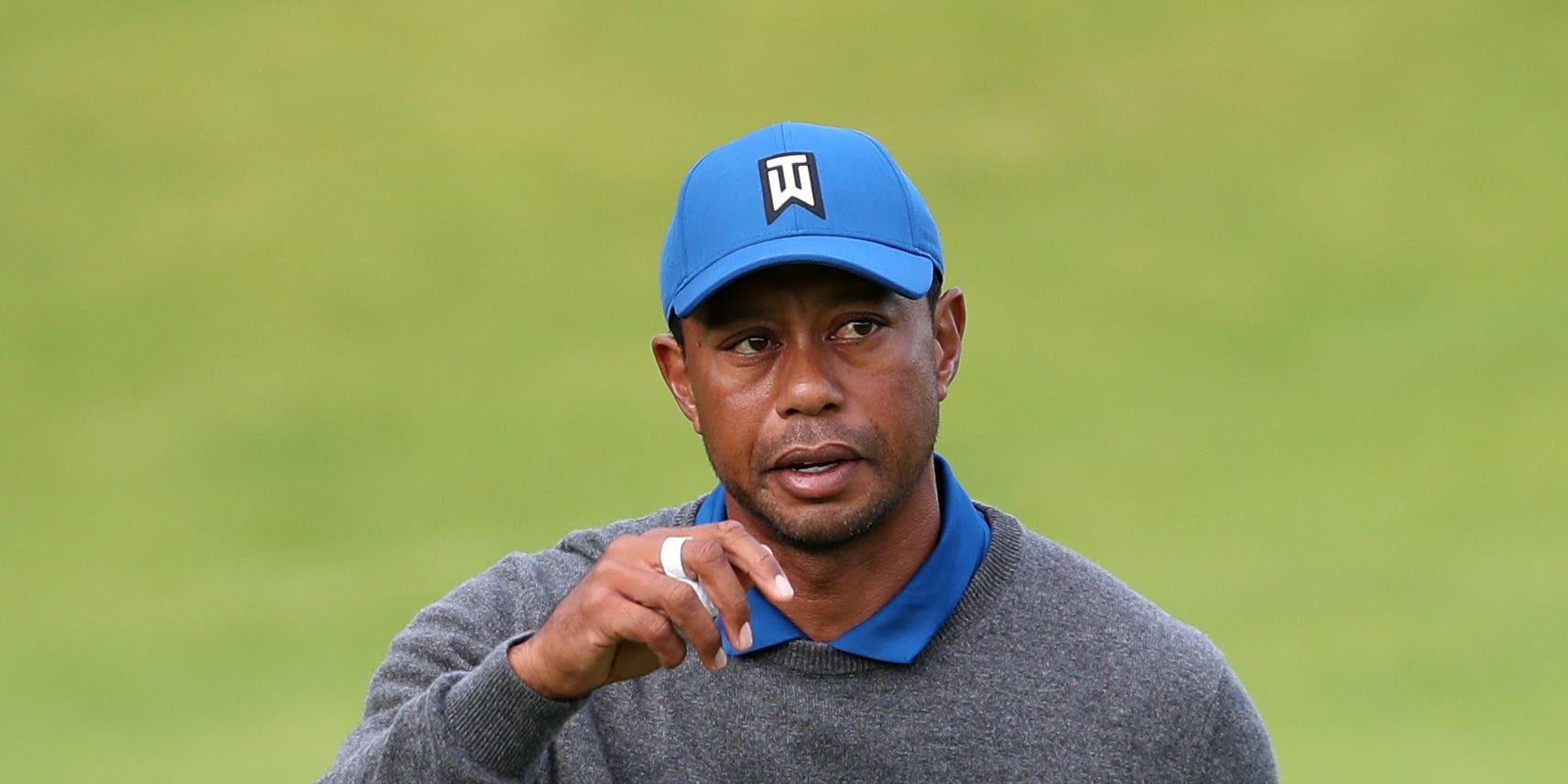 Tiger Woods has been hospitalised after being cut from his car following an accident in Los Angeles.

Fire crews had to use the jaws of life to get Woods from the vehicle after it rolled over.

Here, the PA news agency looks at some of the highs and lows of the 15-time major winner and former world number one.

Playing his first major as a professional and paired with defending champion Nick Faldo in the 1997 Masters, Woods covered the front nine in the first round in 40, but stormed home in 30 and then added rounds of 66, 65 and 69 to set a tournament record of 18 under par and win by 12 shots from Tom Kite. Two months later Woods became world number one for the first time and went on to spend a record 683 weeks at the top of the rankings, including a record 281 in succession.

Woods almost ran out of balls during his delayed second round of the 2000 US Open at Pebble Beach after practising his putting the night before and leaving three balls in his hotel room. Thankfully he found the 18th fairway at the second attempt with his last remaining ball and stormed to a record 15-shot victory. A month later he carded four rounds in the 60s to win the Open Championship at St Andrews by eight shots and become the youngest player to complete a career grand slam. In August Woods successfully defended his US PGA Championship title following a play-off with Bob May at Valhalla and the following April a second Masters victory made him the only player to hold all four major titles at the same time.

Woods was in great form in 2008, winning his opening four events of the season, but the US Open was his first event since undergoing knee surgery after finishing runner-up in the Masters. He still managed to hold a one-shot lead heading into the final round but had to birdie the 18th to force a play-off with Rocco Mediate and then repeated the feat the following day before securing the title on the first sudden-death hole. It later emerged that Woods had been coping with a double stress fracture and knee injury which prompted season-ending surgery.

After years of injury problems Woods told Jack Nicklaus “I’m done” during the Champions Dinner ahead of the 2017 Masters, but then flew straight to London to see the consultant who recommended he undergo what proved to be career-saving spinal fusion surgery. Two years later and 3,954 days since that US Open victory over Mediate, Woods held his nerve on a chaotic final day at Augusta National to win his 15th major title and fifth green jacket in the 83rd Masters.

Death of his father

The biggest influence on Woods’ career was undoubtedly his father Earl, a retired US Army lieutenant colonel who named his son Eldrick but gave him the nickname Tiger after a Vietnamese soldier he had befriended during the war. Woods was imitating his father’s swing aged just six months and was devastated by Earl’s death in 2006. After a nine-week lay-off, Woods returned to action in the US Open and unsurprisingly missed the cut in a major for the first time as a professional.

Woods had enjoyed a meteoric rise to stardom but his fall from grace was equally spectacular, a car crash in November 2009 eventually leading to admissions of infidelity and Woods taking an “indefinite break” from golf. During an excruciating televised apology in February 2010, Woods revealed he had undergone 45 days of “inpatient therapy receiving guidance for the issues I’m facing”. He returned to action in the Masters and had to endure a public dressing down from Augusta National chairman Billy Payne. “It is not simply the degree of his conduct here that is so egregious,” Payne said. “It is the fact that he disappointed all of us and, more importantly, our kids and our grandkids. Our hero did not live up to expectations.”

Understandably, 2010 was the first time in his professional career Woods did not win a single tournament and – although he won five times in 2013 to get back to world number one – he started just 24 events in the next four years as the pain from his back often left him grimacing or forced to withdraw from events entirely. Spinal fusion surgery in 2017 was the last throw of the dice and proved successful, although Woods still had issues in cold weather and when forced to play more than 18 holes in a day.

Just weeks after his spinal surgery, Woods was arrested on suspicion of driving under the influence when he was found asleep at the wheel of his car and later pleaded guilty to reckless driving. It emerged that Woods had five prescription drugs in his system at the time and he spent 11 months on probation. During his return to action in November 2017, Woods revealed the depth of his physical struggles. “I’ve been in bed for about two years and haven’t been able to do much,” Woods said. Woods was hospitalised following a crash on February 23, 2021 when he had to be cut from his vehicle using the jaws of life in Los Angeles.