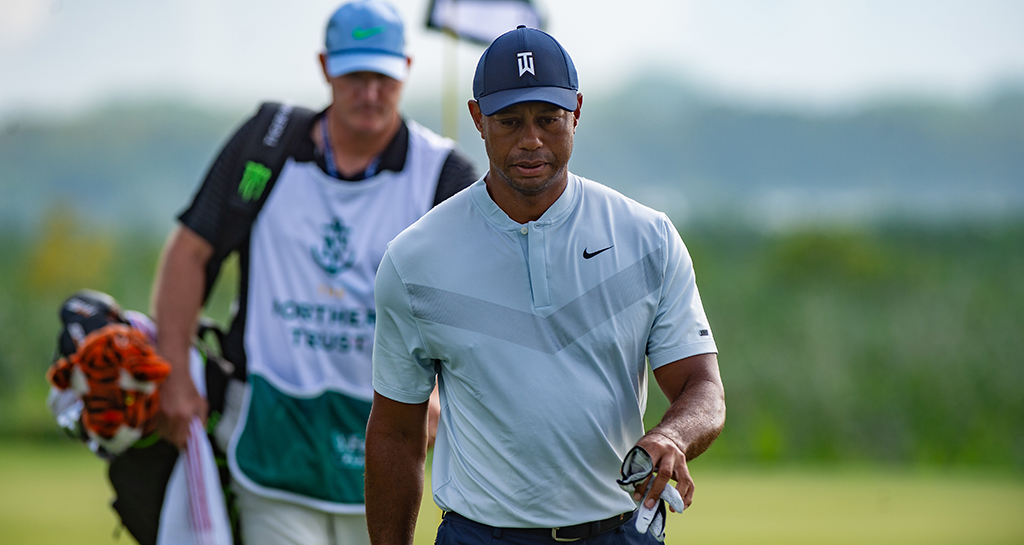 Tiger Woods has withdrawn from the Northern Trust with an oblique strain, throwing his potential participation in the FedExCup into question.

The reigning Masters champion missed the cut at the Open and struggled in the opening round this week in New York, carding a disappointing 75.

He, though, pulled out before the second round on Friday, saying in a statement: “Due to a mild oblique strain that led to pain and stiffness, I have to withdraw from The Northern Trust.

“I’d like to thank the New Jersey and New York fans for their support and remain hopeful I can compete next week at the BMW Championship.”

Woods hinted that his back was still an ongoing problem following his poor opening round.

“I just didn’t play well,” Woods admitted. “It was just off. My back was a little bit stiff, but that’s just the way it’s going to be.

“I knew today we had the perfect greens and I needed to shoot something under, but I went the wrong way.”

Whether or not the withdrawal will have an effect on Woods’ FedExCup hopes remains to be seen.

He would have to compete at Medinah next week and earn points, as he is currently projected to drop outside the top 30 heading to Chicago.