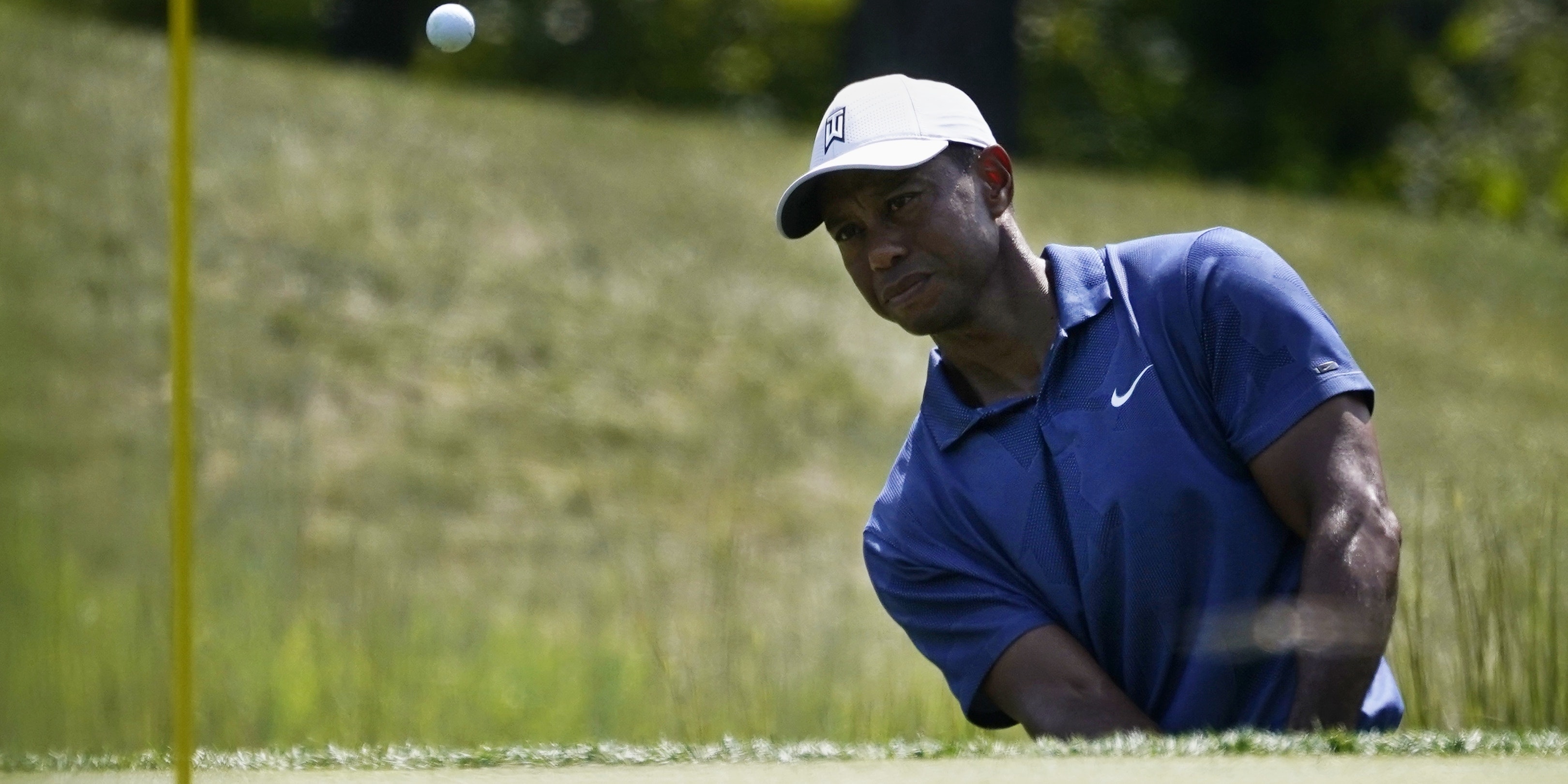 Tiger Woods is expecting more of a major-style test in the second FedEx Cup play-off event as he attempts to qualify for the season-ending Tour Championship.

Dustin Johnson moved back to the top of the world rankings after winning last week’s Northern Trust by 11 shots at TPC Boston, where his amazing total of 30 under par was just one shy of the PGA Tour record.

But Woods does not envisage similar scoring feats for the BMW Championship at Olympia Fields, where just three players finished under par when it hosted the US Open in 2003.

“This golf course is set up more like a US Open than it is a regular tour event, but this is the play-offs. It’s supposed to be hard,” the 15-time major winner told a pre-tournament press conference.

“Last week I think might have been a little outlier because of the weather. The greens were soft and receptive, and the majority of the field went low and then DJ went absurdly low. That won’t be the case this week.

“There’s six, seven inches (of rough) in spots and it’s gnarly. The greens right now are getting baked out. They’re hand-watering the greens trying to keep them alive and keep them right on the edge, right where they should be.

“The weather is supposed to be really hot the next three days and maybe breaking Friday night. But until then this is going to be a very difficult golf course.”

Woods was the defending champion in the 2003 US Open and was tied for fifth at the halfway stage, but closing rounds of 75 and 72 dropped him into a share of 20th place, 11 shots behind winner Jim Furyk.

“I probably remember maybe a couple shots from that Open,” the 44-year-old added. “I went on YouTube and took a look at the golf course and the tournament set-up but it looks completely different.

“There are a lot more trees, the tees have been pushed back 50 yards, 60 yards on some of the holes. It was a very different type of layout. Guys were hitting a lot of irons off the tees and putting the ball in play. It’s going to be a little bit that way this week but we’re further back.

“There are a few holes I noticed that, in some of the conversations I’ve had with some of the guys, that if you can carry the ball about 315, 320 (yards) this golf course gets really, really opened up, but for me I can’t quite carry it that far, so it’ll be about putting the ball in play and playing from there.

“It’s not a golf course which I feel like you can overpower with driver everywhere like we could last week. This is a totally different set-up. As I said, there are a few holes if you can carry the ball 320 it’s a big advantage.”

Woods dropped from 49th to 57th in the FedEx Cup standings following his tie for 58th at TPC Boston and needs a top-four finish at Olympia Fields to make the top 30 and qualify for the Tour Championship in Atlanta.

“I have to play well,” he added. “I have to earn my way to East Lake. I haven’t done so yet and need a big week this week in order to advance. If I don’t, then I go home.

“This is a big week for me. I’m looking forward to getting out there and playing and competing.”