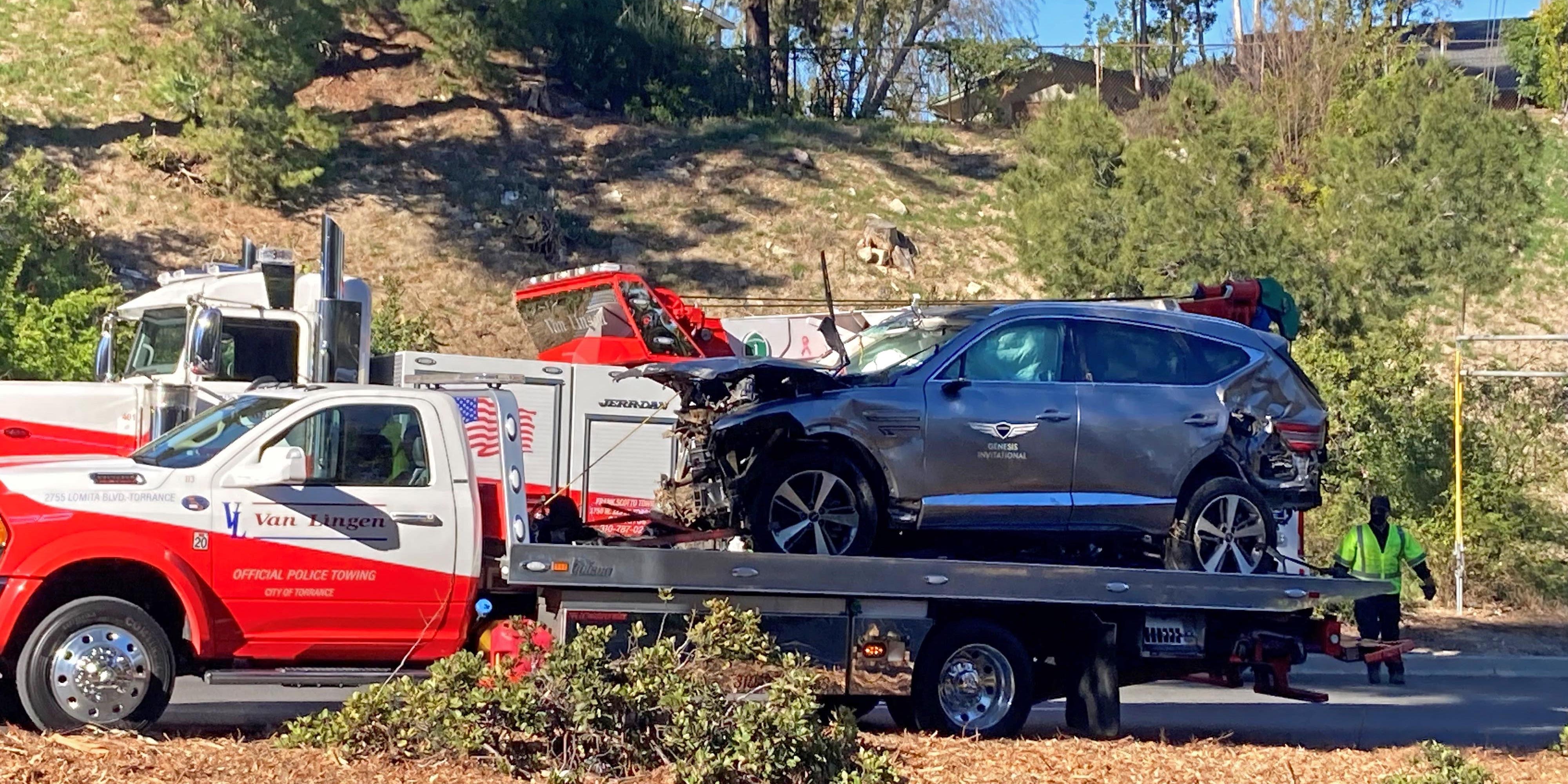 Tiger Woods is “awake, responsive and recovering in his hospital room” after surgery on “significant” right leg injuries following a car crash which could have cost him his life.

A statement from Woods’ official Twitter account on Wednesday morning gave an update on the 15-time major winner’s status following the accident which happened on Tuesday, which led to surgery on his right leg.

“We thank everyone for the overwhelming support and messages during this tough time,” the statement read.

“As previously communicated Tiger was involved in a single-car accident early this morning in California. He has undergone a long surgical procedure on his lower right leg and ankle after being brought to the hospital.

“He is currently awake, responsive, and recovering in his hospital room.”

The 45-year-old was “conscious and able to communicate” with emergency personnel at the scene and was taken to Harbor UCLA Medical Centre.

“Comminuted open fractures affecting the upper and lower of the tibia and fibula bones were stabilised by inserting a rod into the tibia. Additional injuries to the bones of the foot and ankle were stabilised with a combination of screws and pins.

“Trauma to the muscle and soft tissue of the leg required surgical release of the covering of the muscles to relieve pressure due to swelling.”

“The front end was totally destroyed, bumpers destroyed, airbags deployed – thankfully the interior was more or less intact, which gave him the cushion to survive what would otherwise have been a fatal crash,” Sheriff Villanueva added.

“We’re looking at signs of (being) under the influence of either narcotics, medication, alcohol, odour of alcohol, all these different things that would give you an idea but there was none present,” Villanueva added.

Villanueva added that the downhill, sloping road “has a high frequency of accidents” and that the distance the vehicle had travelled indicated that Woods had been “going at a relatively greater speed than normal.”

Deputy Carlos Gonzalez was first on the scene and said Woods was “not able to stand under his own power” before being removed from the vehicle and placed on a backboard.

He said that Woods was wearing his seatbelt and was “still calm and lucid” when he told him his name.

Woods was travelling northbound on Hawthorne Boulevard, at Blackhorse Road, when the incident occurred. It is thought the first point of impact was a wooden road sign bearing the words “Welcome To Rolling Hills Estates”, which was recovered by police.

Neighbours living near to the crash on Hawthorne Boulevard reported hearing a loud bang at about 7am local time on Tuesday.

Brian Bond, 52, was at his partner’s house nearby when he heard a “loud noise, almost like an explosion”.

He told PA: “I came outside, thought it was my neighbour, we didn’t know what it was, then we saw on the news he (Woods) had crashed.”

Mely Lim, 62, lives just a few yards from where Woods’ SUV crashed. She was watching the news when she was interrupted by a loud bang.

She said: “I did not go outside because I thought it might be something dangerous.”

Following career-saving spinal fusion surgery in April 2017, Woods won the Tour Championship in 2018 and completed a remarkable comeback by winning the 2019 Masters, his 15th major title and first since 2008.

In a statement on social media, Masters chairman Fred Ridley wrote: “Tiger Woods is part of the Augusta National family, and the news of his accident is upsetting to all of us.

“We pray for him, for his full recovery and for his family during this difficult time.”

Jack Nicklaus, whose record of 18 major titles has been one of Woods’ biggest goals, wrote on Twitter: “Barbara and I just heard about Tiger’s accident, and like everyone else, we are deeply concerned.

“We want to offer him our heartfelt support and prayers at this difficult time. Please join us in wishing Tiger a successful surgery and all the best for a full recovery.”

Former world number one Greg Norman wrote on Instagram: “He has mental strength stronger than most and has fought many battles and won many of them.

“His mental strength will win this battle. Prayers and thoughts to TigerWoods and his family.”