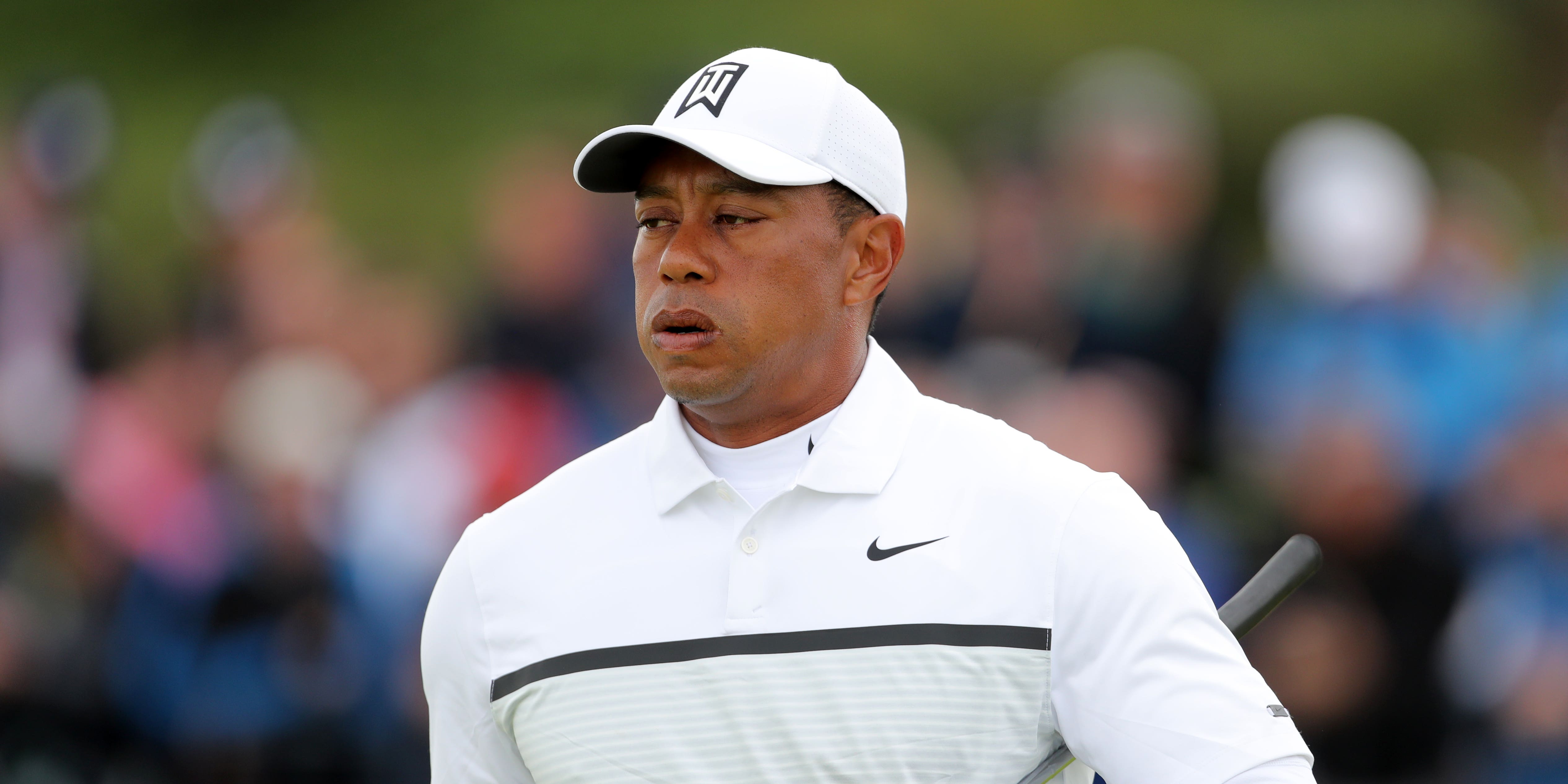 Tiger Woods is at the “beginning of a long road” to recovery after a car crash which left the 15-time major winner with serious injuries to his right leg, according to leading sport surgeon Professor Bill Ribbans.

Woods, 45, was extricated from the wreck in Los Angeles on Tuesday and had an operation where open fractures to his tibia and fibula and injuries to his foot and ankle were stabilised with the insertion of a rod, screws and pins.

There is speculation his golfing career is in jeopardy, but Ribbans has first-hand experience at how swift elite sportspeople can heal after operating on seven-time Formula One world champion Michael Schumacher in July 1999.

Schumacher returned 14 weeks after a 130mph crash left him with a broken tibia and fibula although Ribbans admitted Woods’ injuries seem to be more severe, while pointing out the American’s previous medical history – he has had five major back and three knee surgeries – and his age means he faces a battle to make a competitive return.

Ribbans told the PA news agency: “I didn’t think Michael had any chance of driving again that summer. I was obviously delighted but astonished at how well he did but that’s down to him and his rehabilitation team.

“Elite sportspeople, because of the psyche and the support they have around them, tend to do very well. There were certain issues with trying to get back into a Formula One car; the G-forces on them, the vibrations.

“The nature of the sport that Tiger is involved with compared to Formula One, I would estimate is going to take much, much longer if he is going to come back and be competitive. This is the beginning of a long road for him.

“Compared to Schumacher (who was 30 at the time), he’s 45. He had his fifth spine surgery about six weeks ago. From what I’ve read you’re never, ever the same person, bodily, after a set of injuries like this.

“I would be astonished if he was not left with some long-term sequelae – whether that be a degree of stiffness or a little bit of weakness. The combination of injuries on the balance of probability is going to leave long-term issues.”

While a statement on Woods’ official Twitter account described him as “awake, responsive and recovering in his hospital bed”, Ribbans believes there are potential obstacles to overcome in the next couple of weeks.

Ribbans revealed the open fractures leave Woods more susceptible to infection and, while his tibia and fibula might take between three and five months to heal, the damage to his foot and ankle are other factors to consider.

Woods also suffered muscle trauma which was treated by a surgical release of the covering of the muscles to relieve pressure due to swelling, an issue which Ribbans thinks may mean the American has to go under the knife again.

Ribbans added: “The headline is ‘Tiger Woods has broken his leg’ but what’s behind that is other very important things which will determine his progress and how he finally recovers.

“This is an open injury, not a closed injury. An open injury means the bones were exposed to the outside air, so that means there is an increased risk of infection.

“The best case scenario for the tibia and fibula fractures, high-energy, should be healed somewhere between 12 and 20 weeks. But then you’ve got all of the other injuries that have got to heal as well.

“We don’t know but I think it possible that he might require further surgery. If they’ve had to open up and release all of his muscles, sometimes you have to go back and consider whether you’ve got to do a skin graft over that.

“But people do come back from these injuries. I don’t want this to be all doom and gloom. Despite his catalogue of orthopaedic and spinal injuries, he’s an amazing athlete and you can be absolute sure he will have the best rehabilitation you can get.

“He went to a trauma centre and these guys are going to be right at the top of their game, so he will have everything he needs, but it’s going to be a long, hard road for him.”