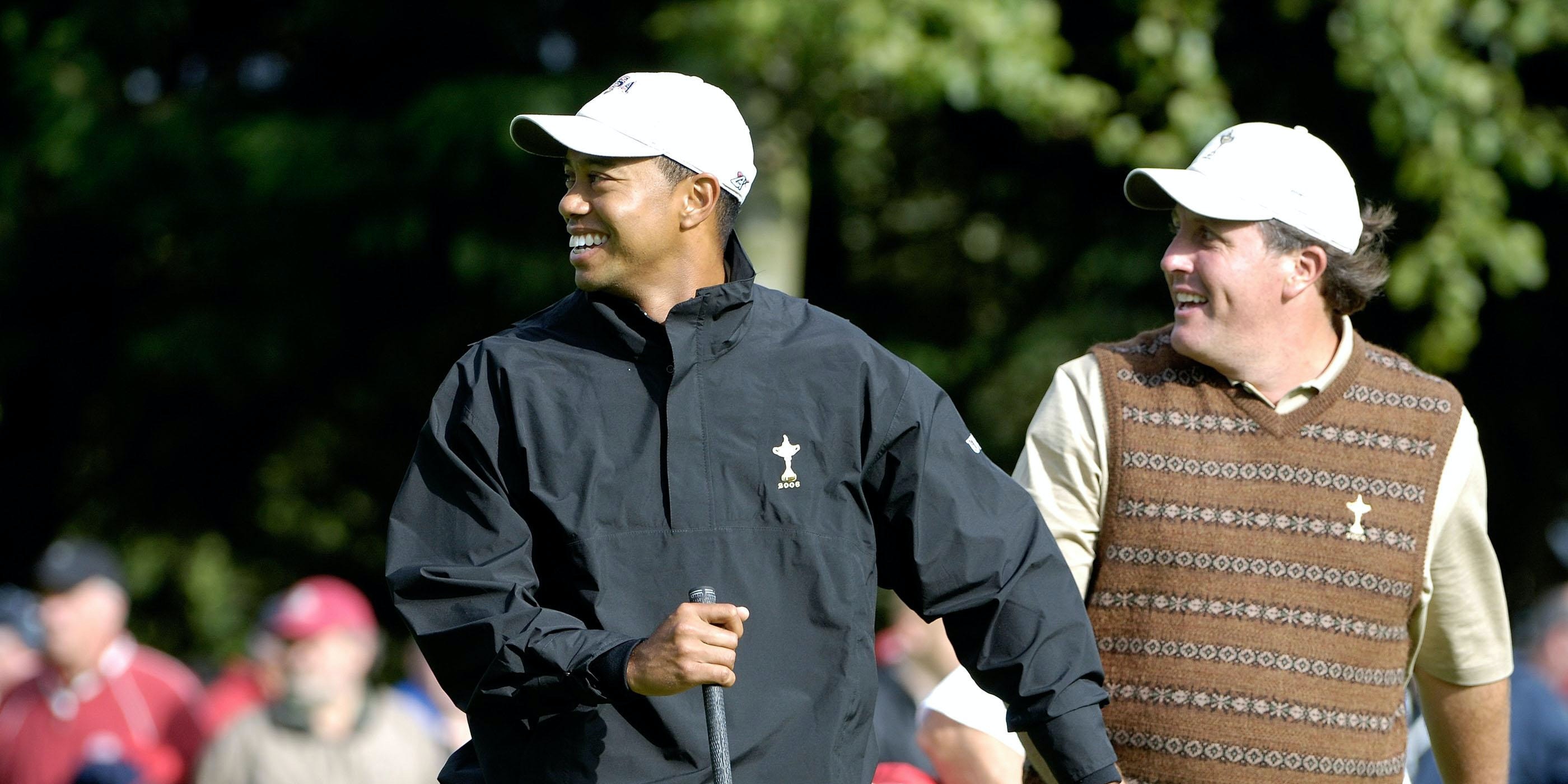 Tiger Woods and Phil Mickelson are gearing up for a rematch of their 2018 head-to-head – this time in aid of charity.

The pair will face each other in Florida on Sunday along with NFL stars Tom Brady and Peyton Manning in another step towards the return of live sport.

Mickelson beat Woods in a GBP 7million showdown in November 2018 in a one-off round designed for pay-per-view television, although it struggled to capture the imagination of the golfing world and technical issues meant it was ultimately available to watch for free.

This time the players and Warner Media have together put up 10 million US dollars (about GBP 8.2million) for Covid-19 relief efforts.

Woods and Mickelson had a frosty relationship earlier in their careers but it has thawed considerably in recent times and the mind games for this event have been played strictly for laughs.

Mickelson showed off his ‘The Match’ trophy during a live video call between the four competitors and Woods responded by putting on his green jacket from his 2019 Masters triumph.

The NFL players – both quarterbacks – also have a long-standing rivalry to spice up proceedings.

The retired Manning won two Super Bowls during a career which saw him turn out for the Indianapolis Colts and Denver Broncos.

The contest will take place behind closed doors at the Medalist Golf Club in Hobe Sound, one of Woods’ regular practice courses, with no caddies but players allowed to drive their own golf carts.

The format will be fourball for the front nine followed by a foursome on the way back with the amateurs – both of whom have single-figure handicaps – given some shots on the way out.

The action is available to UK viewers on CNN International from 8pm on Sunday.