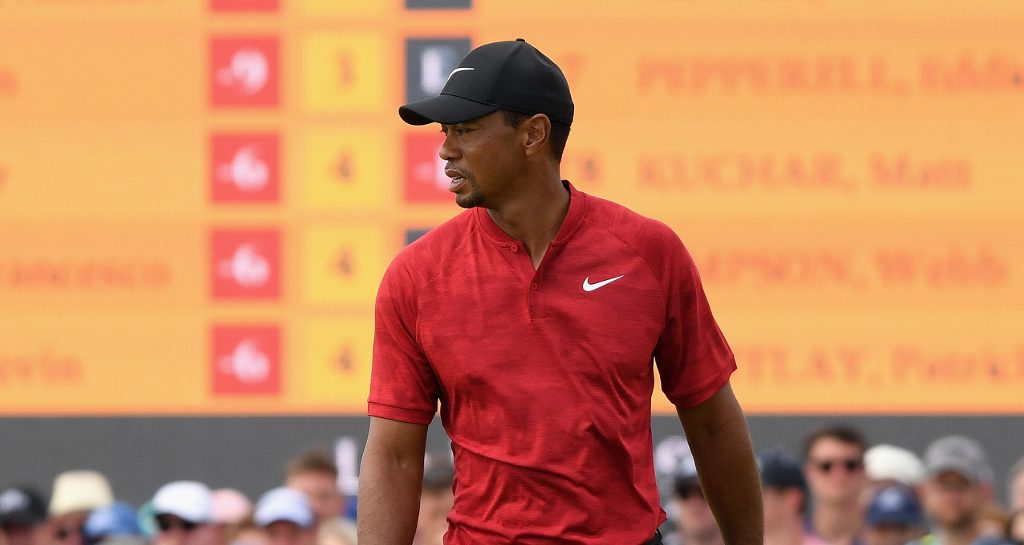 Tiger Woods may have steadily improved throughout the course of last season, but there was one particular moment at the Open Championship that really let him know he was back in business.

Woods, who is in the Bahamas for this week’s Hero World Challenge, the tournament he hosts each year in benefit of his foundation, told reporters that there was one particular shot he pulled off in 2018 that made him feel like his comeback really was going to be successful.

Woods said the shot gave him the confidence and self-belief that he could not only compete again, but compete in the really big moments too.

The shot in question? A fairway bunker escape on the 10th hole during the final round at Carnoustie.

Let’s hear the man himself explain it:

Woods ended up finishing tied-sixth at the Open, three shots behind winner Francesco Molinari, and the confidence he was able to take from that final day ultimately propelled him all the way to his victory at the Tour Championship a few months later.