Tiger Woods surges after lowest round of season 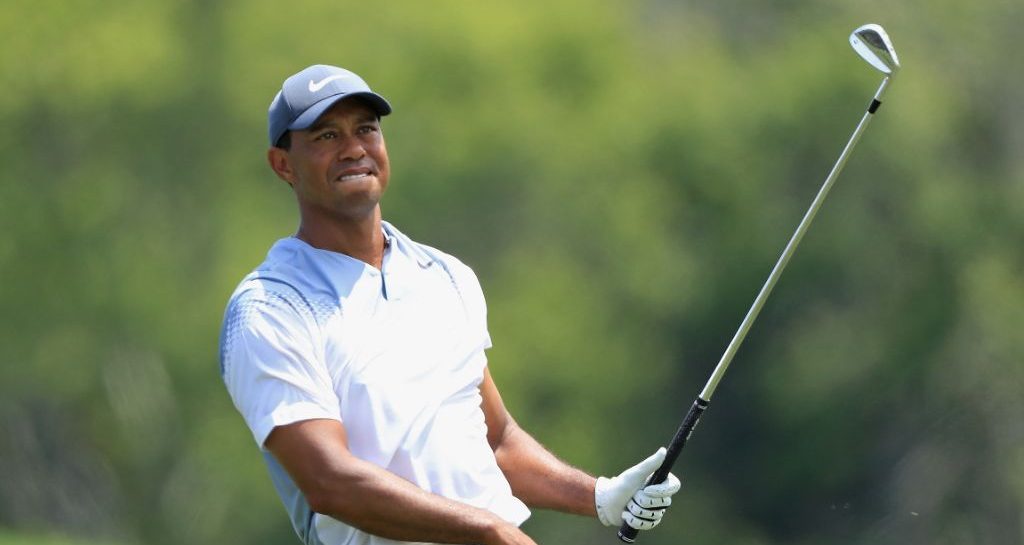 Tiger Woods believes his lowest round of the season was on the cards after he surged up the leaderboard at the Players Championship.

Woods shot a seven-under-par 65 at the TPC Sawgrass to move to eight under overall. While that was 11 shots behind runaway leader Webb Simpson, it took the 42-year-old from joint 68th into the top 10.

The 14-time major winner only made the cut by one shot on Friday after struggling off the tee and then spurning the birdie opportunities which came his way.

But Woods even threatened to beat the course record of 63 at one stage of his round. He rolled in birdies on each of the opening two holes, with another four following on four, five, seven and nine.

There were back-to-back birdies on 11 and 12, but he dropped a shot when he two-putted at 14 and then couldn’t convert chances on the 16th and the last.

“I wish I could repeat it more often, but honestly it was just a better start,” Woods said.

Tiger cards his lowest round at @THEPLAYERSChamp.

His previous best was a 66, also on Saturday, 17 years ago. The day he made his "better than most" putt.#LiveUnderPar pic.twitter.com/yYWIujsjLG

“I got off to a much better-quality start. Eventually I was going to put all the pieces together and today, for the most part, I did that.

“I hit a lot of good, quality shots. I hit some shots in the correct spots, which was nice. I hit probably three of the best long irons I’ve hit all week.”