Tiger: I’ve proved I have what it takes to win again 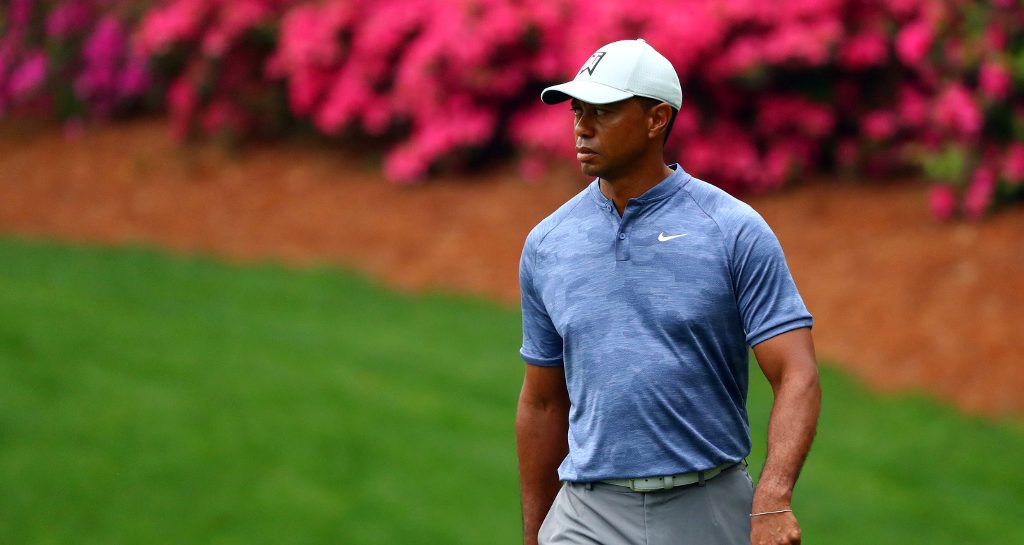 Tiger Woods says he will take lots of confidence from his impressive comeback win at last year’s Tour Championship as he tries to win a fifth green jacket this week.

While Woods has not tasted major victory since his 14th and, to date, final win at the 2008 US Open, he isn’t letting that 10-year drought affect his self-belief or his hunger for victory at Augusta.

After dealing with the public and embarrassing revelations surrounding his personal life, his divorce from wife Elen Nordegren, a DUI arrest, and a seemingly never-ending catalogue of debilitating injury troubles, Woods defied his doubters by fighting his way back to fitness and returning to the winner’s circle at the Tour Championship last September.

It was one of the most impressive comebacks in the history of the game, and the fact that it was also preceded by a sixth-place showing in the Open Championship and a runner-up finish in the US PGA is all the motivation Woods needs to feel confident in his ability to win another major.

“It proved to me that I could win again,” Woods said of his Tour Championship win. “I was close at the Open, I was making a run at the PGA, I just needed to clean up my rounds and maybe get a break here or there.

“When I look back on that week I led from day one and that’s not easy to do. From the struggles I’ve had the last few years, to lead from day one and end up winning wire-to-wire made it that much more special.”

The question that put a smile on @TigerWoods' face today. #themasters pic.twitter.com/hAaMGZZCs6

While Woods admits he doesn’t feel like he has anything to prove at Augusta anymore, having already claimed four green jackets, he admits he would still really like to.

“I don’t really need to win again,” he said with a smile, “I really want to.

“There were a couple of events over the course of my career, major championship-wise, I needed to win. One, don’t blow the lead I had in ‘97, because of what just happened the previous year.

“Greg [Norman] lost a six-shot lead. I didn’t want to lose a nine-shot lead, so I was able to win that one.

“And then to win here in ‘01 to complete all four in a row, that’s never been done. So I don’t know how many more chances I’m ever going to get to do that again.

“Probably not many, if at all, ever again in my career, and the build-up going into that event, that’s nine months of just getting asked the same question. Yeah, I needed to win that one to get all four.”

How to play Amen Corner.

When Woods won the US Open in 2008 for his 14th major trophy, he looked well on course to overhaul Jack Nicklaus’ record of 18 majors.

That never happened, for a variety of reasons, but Woods still hasn’t given up hope of getting the job done.

“Yeah, I would say that I wouldn’t have foreseen that for sure,” he added. “After I won my 14th, I felt like I still had plenty more major championships that I could win, but unfortunately I just didn’t do it.