Tiger in positive mood after opening round as McIlroy rues mistakes 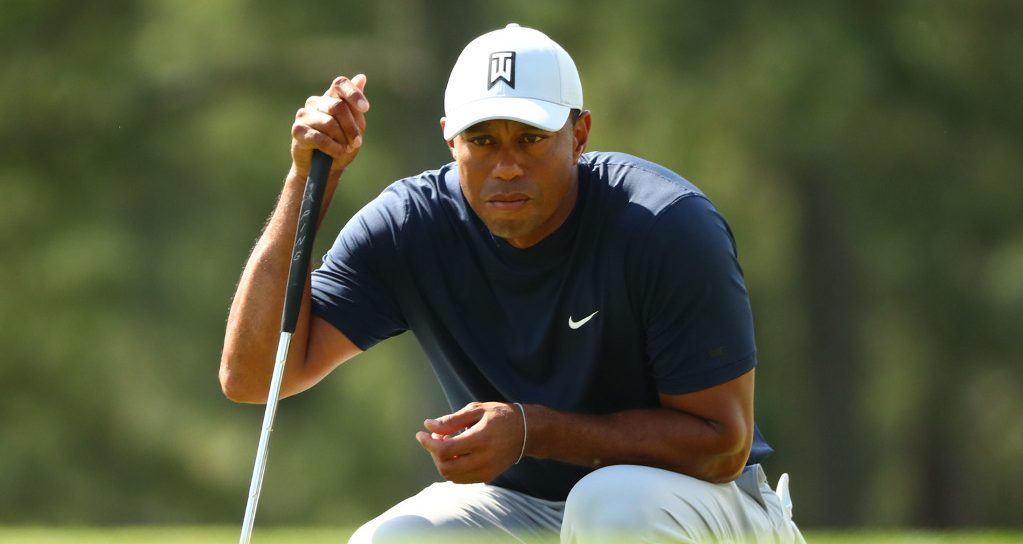 Tiger Woods feels he has given himself a chance of contending for a fifth Masters title, while Rory McIlroy admitted he has a mountain to climb.

Woods and McIlroy dominated much of the talk ahead of the Masters, with many backing the latter for victory and feeling quietly confident about the former’s chances.

As it turned out, Woods would outscore McIlroy by three shots thanks to a battling 70 at Augusta on Thursday.

Birdies at 13 and 14 briefly saw him grab a share of the then-lead on three under, but a poor drive at 17 resulted in a bogey as he had to settle for a share of 11th place on two under par.

Watch @TigerWoods' first round 70 in under three minutes. #themasters pic.twitter.com/c3QDJKr4qM

While he was just one shot off the lead after the morning session, the likes of Brooks Koepka, Bryson DeChambeau and Phil Mickelson would run away with things in the afternoon.

Still, Woods has put himself in the picture, and he was satisfied with his effort on the opening day.

“I feel very good,” he said. “I feel like I played well and I controlled my golf ball all day. I’ve shot this number and won four coats, so hopefully I can do it again.

“I did all the things I needed to do to post a good number. I drove it well, hit some good iron shots, and my speed was good on the greens.

“And it was tricky, the wind puffs up, it goes down, it switches directions, and it’s typical of this golf course, it just kind of swirls out there and it’s hard to get a read on the exactly what it’s doing at all times.

“We still have a long way to go. I tee off late on Friday and the wind is supposed to be up, so I have my work cut out for me the rest of the week and so does everyone else.

“The whole idea is to try and peak for four times a year, I feel like my body’s good and my game’s good, it’s sharp. So I’ve just got to go out there and execute and I’ve got to do the proper things and, if I do miss, I miss in a proper spot.”

In contrast, McIlroy produced an erratic performance that saw him make five birdies but also six bogeys as he was forced to settle for a one-over-par 73 that left him seven shots off the pace.

McIlroy would have been particularly disappointed after battling back from two over to get it to one under, only to close with a pair of bogeys at 17 and 18 to finish over par.

“The conditions weren’t that difficult. I mean I felt the course was there. It’s soft, there’s not much wind and I made five birdies, that wasn’t the problem. I just made too many mistakes. And that was the problem. And I’m making mistakes from pretty simple positions, just off the side of the green, and 17 and 18 were prime examples of that,” McIlroy said.

“I’ve sort of been through it all here at this golf course, so it’s fine. You know you’re going to have chances and I can accept mistakes if I’m trying and it’s not a mental error or I haven’t got into bad places.

“So I can accept some mistakes, but six bogeys out there is a little too many and I’m just going to need to tidy that up over the next few days.”