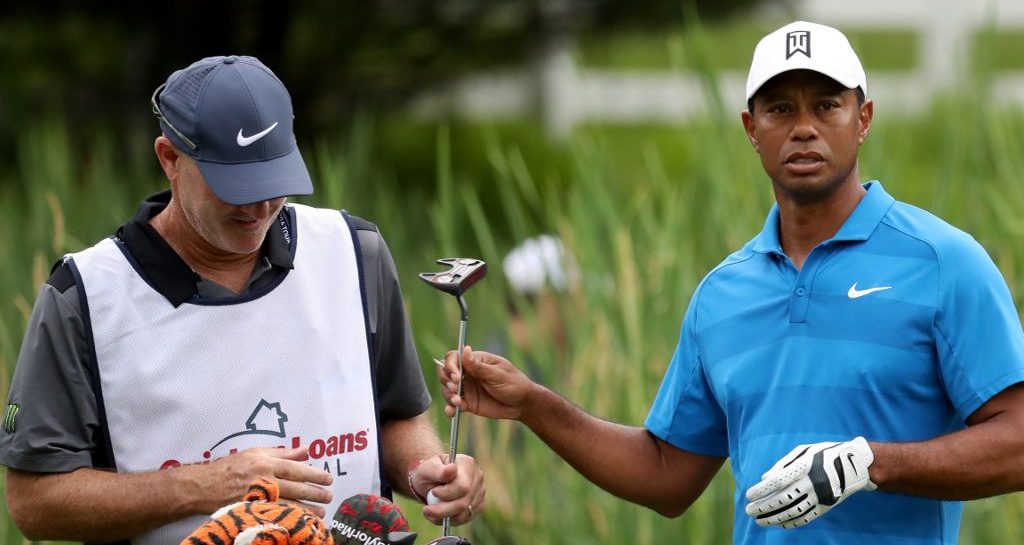 Tiger Woods is testing new putters to help improve his play on the greens and return to the winner’s circle for the first time in five years.

Blessed by surprising power after his return from back surgery, Woods feels his short game is the only thing preventing him from winning again.

The 14-time major champ is playing in this week’s Quicken Loans National on the PGA Tour, his only planned tune-up for next month’s Open Championship.

“I’m pretty excited the way I’ve hit the golf ball. I’ve done some things I haven’t done in over a decade,” Woods said on Wednesday.

“No one has had club head speeds as what I’ve had on the tour this year with a lower back fusion. These are things that I didn’t know I could do and all of a sudden I’m doing it.”

But since his joint runner-up finish at the Valspar Championship and his fifth place finish at the Arnold Palmer Invitational in March, Woods has struggled to produce any kind of consistent form on the greens.

“If I have the same putting stroke I had earlier in the year with the ball-striking I’ve had, that would be where I want to get to,” Woods said. “Just got to put both those things together at the same time.”

Woods’ frustration with his putting has prompted him to work with an Ardmore mallet putter rather than the Scotty Cameron model he used in 13 major wins and since his comeback.

“What changed? I don’t know. That has been the frustrating part,” Woods said. “I’ve had to just log in time and putt for hours to try to figure it out. I haven’t putted well for about four tournaments now. I’ve struggled.”

Woods tested several kinds Wednesday but didn’t guarantee he would use the mallet putter this week.

“I put it in early last week. Tried a bunch of different shapes and sizes,” he said. “I tried and tried to come up with something that I felt I could swing and trust.”

Woods return to this week’s event in Washington for the first time since 2015, and he once again stressed how incredible it is for him to even be playing again.

“It’s basically a gift to be able to play again. There was no guarantee I would ever play golf again, forget the PGA Tour. So to go from that to here, I didn’t foresee that happening, I really didn’t,” he said with a laugh.

“I’m competing, I’m playing and I’m having just a great time doing it.”