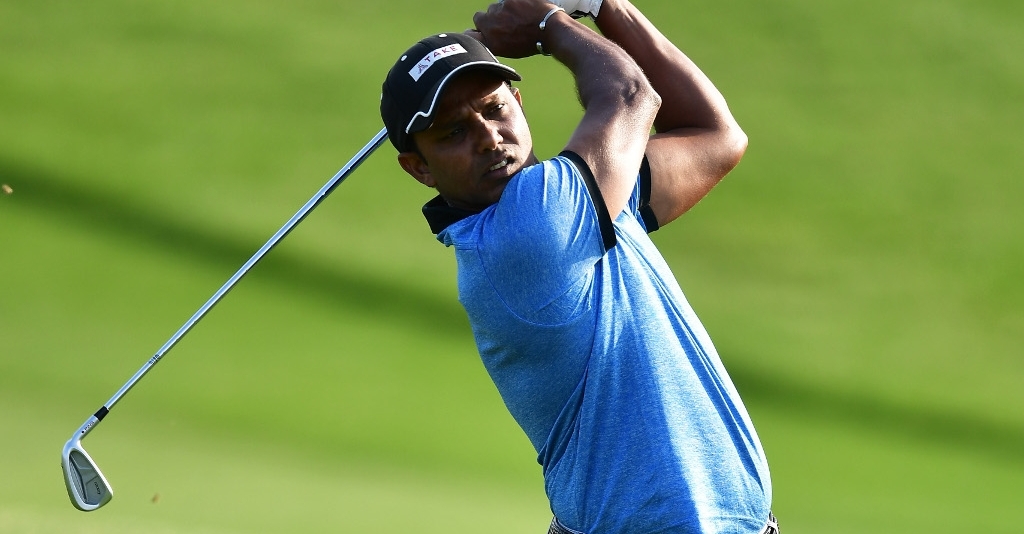 Defending champion S.S.P. Chawrasia of India remained in prime position to retain his Hero Indian Open title after staying in a three-way tie for the lead when play was suspended due to darkness on Saturday.

The five-time Asian Tour winner stood at six-under-par for the tournament alongside England’s Eddie Pepperell and Spaniard Carlos Pigem through 11 holes of the third round at the DLF Golf and Country Club’s Gary Player course.

Malaysian rookie Gavin Green, playing on a sponsor’s invite, made a brilliant charge by snaring six straight birdies from the fifth hole to lie one back of the co-leaders with one hole to finish on Sunday morning. He was six under for the day after starting the third round six off the lead.

Michael Hoey of Northern Ireland and England’s David Horsey were a further stroke back which will ensure a battle royale on Sunday in the US$1.75 million tournament tri-sanctioned by the Asian Tour, European Tour and Indian Golf Union.

Pigem, who started the day three off the lead, birdied his opening two holes before reeling in birdies on seven, eight and 11 to tie for the lead when play was halted at 6.27pm due to darkness. His only dropped shot was on six.

The 23-year-old Green, highly touted following a strong amateur career in the United States, wielded a hot putter which included birdies on his first and 17th holes to keep his hopes alive for a maiden Asian Tour victory.

The third round will resume at 7am, Sunday, with the final round starting no earlier than 9.45am.