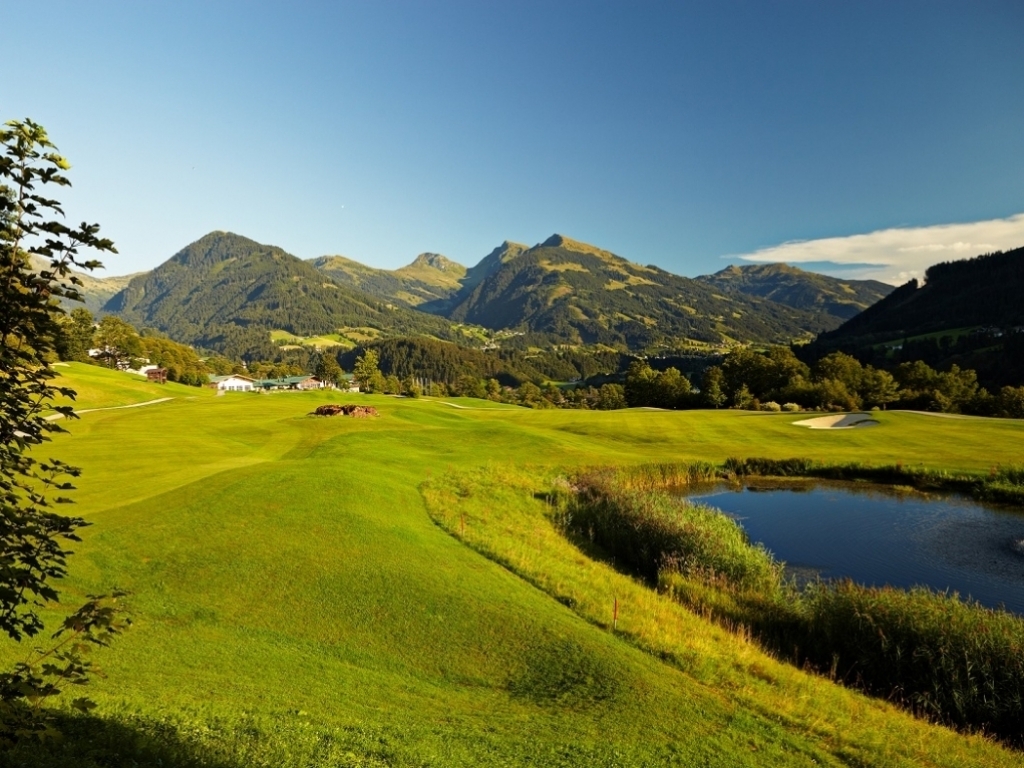 Marissa L’Estrange, 55, from Brisbane, Australia, Merja Salminen, 54, from Sipoo, Finland and Jose Pinto Da Silva, 59, from Lisbon, Portugal will all be aiming to bag a hole-in-one and walk away with the bank-busting $1million prize.

L’Estrange, a teaching assistant, who has a handicap of 24, qualified for the final after bagging an ace at the Vale Do Lobo Algarve Golf Club, which is one of MDHIO’s 40-plus associated courses across Europe.

She revealed: “We played the Ocean Course and came across the MDHIO competition on the seventh hole and only decided to enter because my husband was running out of balls, and by entering we received a sleeve of three. I hit a driver on the 149-metre (165-yards) par-three and was lucky enough to get a hole-in-one.”

Situated about an hour from Salzburg Airport, the Golf & Spa Resort Grand Tirolia Kitzbühel is a luxurious hotel, featuring an extensive range of facilities such as the Grand Alps SPA that includes an indoor/outdoor pool, six saunas and 13 treatment rooms.

MDHIO, which has been running since 1990 in USA and since 2000 in Europe, has steadily grown in popularity over the years with more than 50,000 people each year trying their luck at the various par-three holes at the 40 associated courses across Portugal, mainland Spain, Majorca and the UK.
The final will be held in Las Vegas, USA every other year and hosted at other top venues across the world in alternative seasons.

MDHIO director Martin Tyrrell added: “We have our three finalists and they all now are just one shot away from winning $1million. We have a real range in handicaps, so it shows a hole in one is far from impossible.

“It is going to be a fantastic occasion. Alan Shearer is a very keen golfer and he will be there watching and supporting the finalists. He would love to try his luck and play the stunning course, but sadly he has injured his arm.

“This really is a once-in-a-lifetime opportunity to win a huge amount of cash. But even if a hole-in-one does not materialise, it will be an amazing couple of days in an absolutely beautiful setting.”

MDHIO, which is part of Million Dollar Holdings, is also offering golfers another chance to scoop $1m after teaming up with American Golf. The retailer is running a simulator challenge until August 20th at participating stores across the country with anyone who nets an ace or the 10 nearest the pin going through to a final shootout at the world-renowned Belfry on Thursday, September 7.