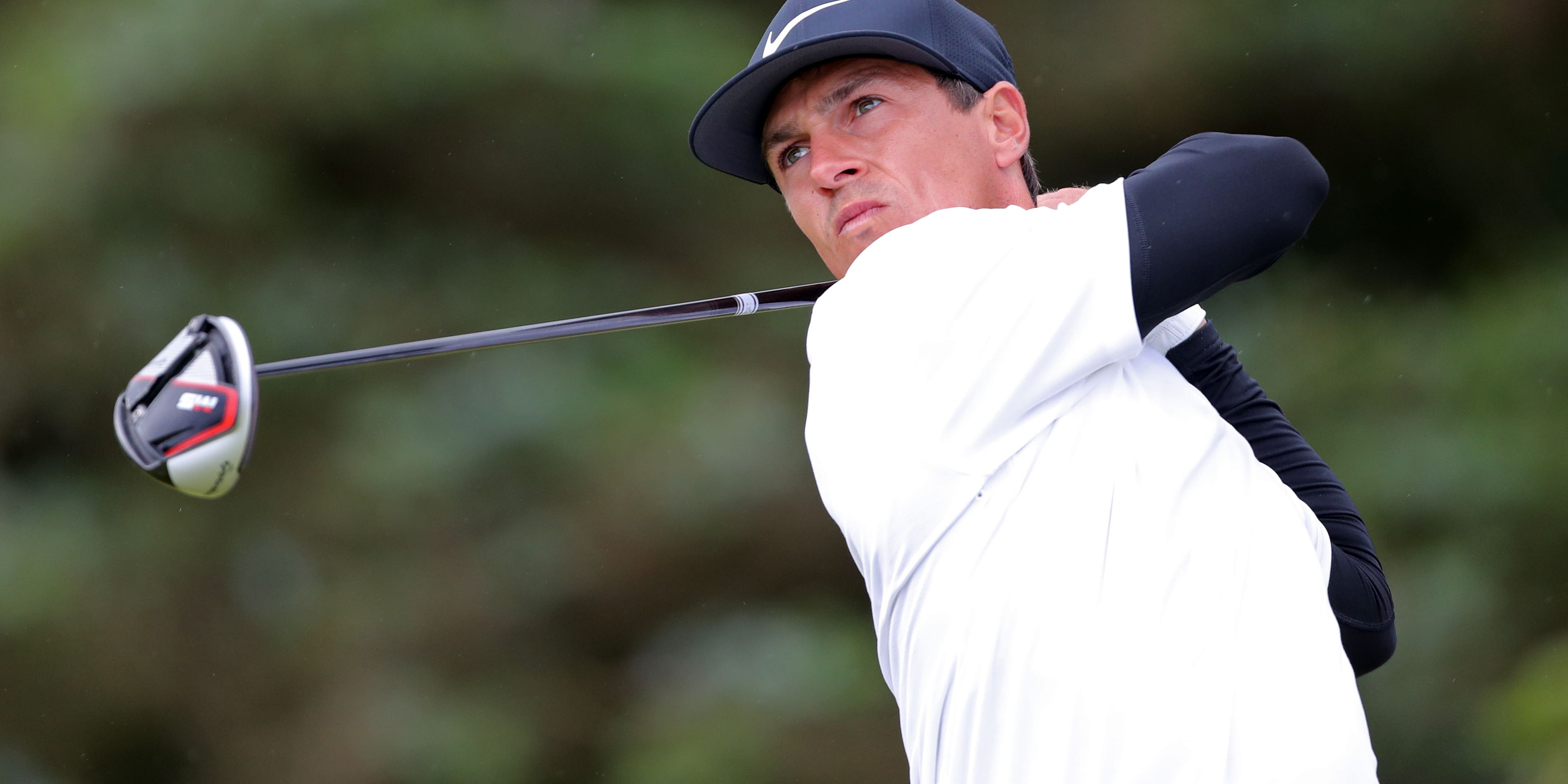 Playing his first event of 2021 due to a combination of testing positive for Covid-19, a wrist injury and becoming a father for the first time, Olesen carded an eagle and seven birdies at Meloneras Golf to finish 14 under par.

Holland’s Wil Besseling added a 63 to his opening 64 to lie 13 under, with Germany’s Max Kieffer, France’s Robin Roussel and Austria’s Matthias Schwab all on 12 under.

“I feel great. I was definitely not expecting this,” Olesen said.

“It was an amazing experience to have a son three or four weeks ago and I didn’t have much practice coming in here, only last week, so the expectations were pretty low, but it was great fun to be out there shooting such a good number.

“My putting was really good both days, that always helps obviously, but beside that I hit a lot of fairways over the two days. I wasn’t really expecting anything and was just trying on every shot, not really thinking about it too much and I think that helped me a lot.”

Having started from the 10th hole, Olesen covered the back nine in 31 before an eagle on the fourth and birdie on the fifth gave him an outside chance of carding the second 59 in European Tour history.

“I didn’t even know what the par was on this course to be honest,” added Olesen, who birdied the eighth but was unable to produce an eagle on the par-four ninth to break the 60 barrier.

Olesen was suspended by the European Tour after he was arrested and charged with sexual assault, being drunk on a plane and assault by beating after an alleged incident on a flight from Nashville to London on July 29, 2019.

The 31-year-old pleaded not guilty to all charges at a court hearing in
December that year, but delays in legal proceedings due to the coronavirus saw his suspension lifted at the start of July 2020.

“While my team and I initially agreed that I would not participate in Tour events while the legal proceedings were outstanding, I am naturally grateful to the European Tour for allowing me to continue my career following the lengthy adjournment of my trial,” Olesen said at the time his suspension was lifted.

“Obviously, the case itself is still ongoing so I will continue to make no
comment about it.”

Olesen’s trial was originally listed for May 11, 2020, but the pandemic and subsequent backlog in the legal process means he will not appear in court again until December 6, 2021 at the earliest.