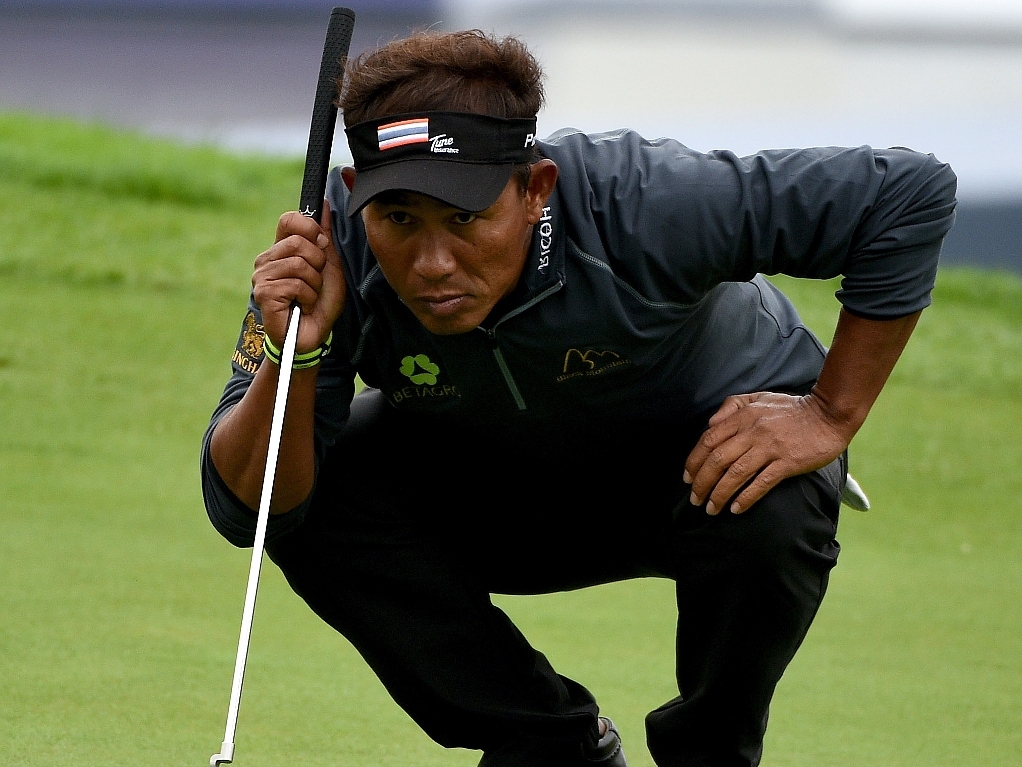 Thongchai Jaidee takes a one-shot lead into the final of the BMW Masters after carding a 66 in Saturday's third round at the Lake Malaren Golf Club.

The Thai veteran started the third round in Shanghai in a tie for second place alongside Sergio Garcia, three shots behind overnight leader Lucas Bjerregaard.

However, by the turn Thongchai was in a share of the lead and after notching two more birdies on the back nine he was in sole position of the lead, even though a bogey on the 18th saw him drop down to 15-under.

"Tomorrow is a very big day," Thongchai said from the clubhouse after his round.

"My iron play, I think that's the key, and putting. Tomorrow I'm going to play my own game.

"I played well, we hit a lot of greens. I think today we putted well.

"I think my game plan this week is good. I've hit irons well, I'm working on putting and that's what gave me very good confidence for today.

"Six under is a very good score."

In the absence of Race to Dubai leader Rory McIlroy, the chasing pack has an opportunity to gain some ground on the Ulsterman.

A win for Thongchai on Sunday would not only be his second on the European Tour, but would also move him to as high as third on the standings.

McIlroy's closest rival on the Race to Dubai standings ahead of next week's season-ending DP World Tour Championship is Danny Willett, but the Englishman is currently 10 shots off the pace in Shanghai after notching a third round 70.

Justin Rose, meanwhile, could improve on his fifth place on the rankings after his 67 on Saturday saw him move to 10-under and in a tie for 13th.

In fifth place on 13-under is Sweden's Kristoffer Broberg, whose 64 was one of the lowest rounds of the day. The Swede turned at three-under for the day after an eagle on the seventh and a birdie on the eighth, but made massive inroads into the leaders' advantage on the back nine.

Six birdies in seven holes, including four successive gains from 13 to 16 saw him race up the leaderboard, although his momentum was somewhat halted with a bogey on the 17th.

The lowest round of the day belonged to Thomas Pieters, whose 63 saw him move up to 11-under and in a tie for 11th alongside Australia's Marcus Fraser (65).

Pieters started the third round with four straight birdies and then made another gain on the seventh to turn in 31.

A bogey on the 10th pegged him back somewhat, but five more birdies on the back nine meant the Belgian was in contention to win his third title of the season.