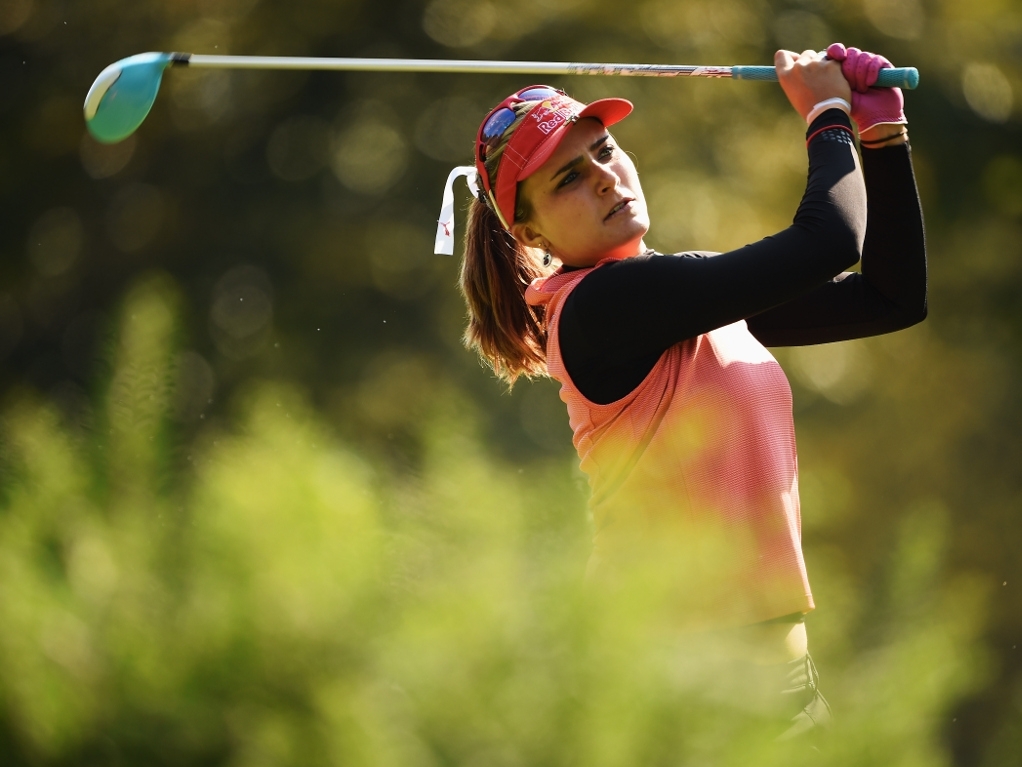 Lexi Thompson expressed her delight after carding a five-under-par 66 in the first round of the Evian Championship on Thursday to take a share of the lead.

Thomson, who is tied at the top with South Korea's Mi Hyang Lee, began at the tenth tee and got her scoring underway with a birdie at the 12th before grabbing an eagle at the next hole. The 20-year-old then proceeded to make birdies at the 14th and 15th and enjoyed a bogey-free round.

However, Thompson, who is looking to win her second major after triumphing at the Kraft Nabisco Championship in April last year, is refusing to get ahead of herself as she knows the title is far from won.

"It feels great to have a stretch of holes like that," Thompson told reporters. "But you just have to take one shot at a time and not get ahead of yourself because, I mean, shots can get away from you out here. If you hit it in the rough, the rough's pretty thick."

Thompson admitted that she is excited about representing team USA at the Solheim Cup in Germany next week, but added that she is solely focused on the Evian Championship for now.

"Obviously, Solheim Cup was my No. 1 goal to be on that team to represent my country, so I'm very happy to be going to Germany next week," Thompson said. "But you have to focus on this week being the last major here at the Evian Championship."