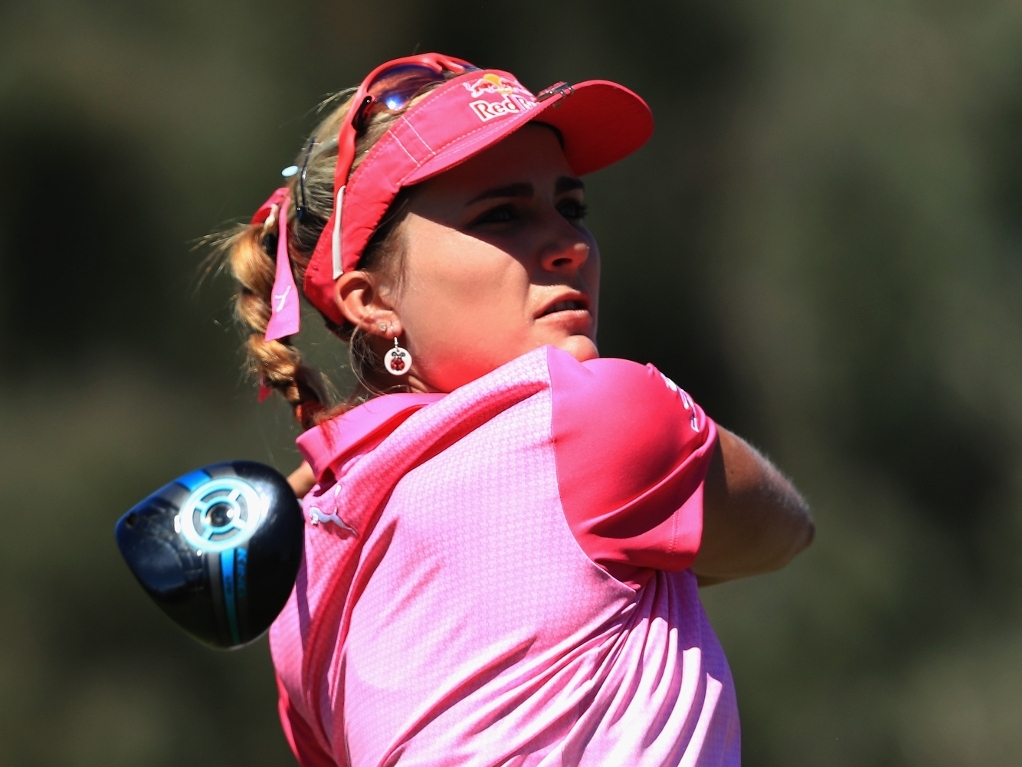 Lexi Thompson fired a three-under-par 69 to keep hold of a one-shot lead at the ANA Inspiration in Rancho Mirage.

The world number three, who is on 10-under, is followed by world number one Lydia Ko, In Gee Chun and Thailand’s Ariya Jutanugarn as they are all on nine-under.

Ai Miyazato, who was in a share of the lead with Thompson overnight, fell into a tie for fifth with Charley Hull and they now trail Thompson by two shots.

Inbee Park and defending champion Brittany Lincicome remain six strokes adrift of the lead in a tie for 20th.

Thompson, who is trying to win the ANA Inspiration for the second time in three years, struggled on the front nine as she made a birdie and a bogey. The 21-year-old’s struggles continued early on in the back nine as she made another bogey at the 10th. However, she bounced back with consecutive birdies at the 15th and 16th before making a 15-foot eagle putt at the par-five 18th to take the outright lead.

Ko began her round of 69 with a duo of birdies on the front nine, but the Kia Classic winner was unable to shift her game to the next level as she only managed to make one birdie on the back nine.

Chun, who also carded a 69, started with a hat-trick of birdies from the first to third before making three bogeys over her next five holes. However, she atoned for her disappointing finish on the front nine with a trio of birdies on the back nine.

Jutanugarn enjoyed a lot of success during her round of 67 as she made four birdies on her front nine. Despite only managing to make one birdie on the back nine, the 20-year-old is within touching distance of the lead.

Miyazato slipped down the leaderboard following her round of 71, which included two birdies and a bogey, while Hull made five birdies, including four in a row from the 15th to 18th, and two bogeys during her round of 69.

Park recovered from her 73 on Friday by hitting a 69, which saw her make three birdies, while Lincicome fired a 71, which consisted of three birdies and two bogeys.