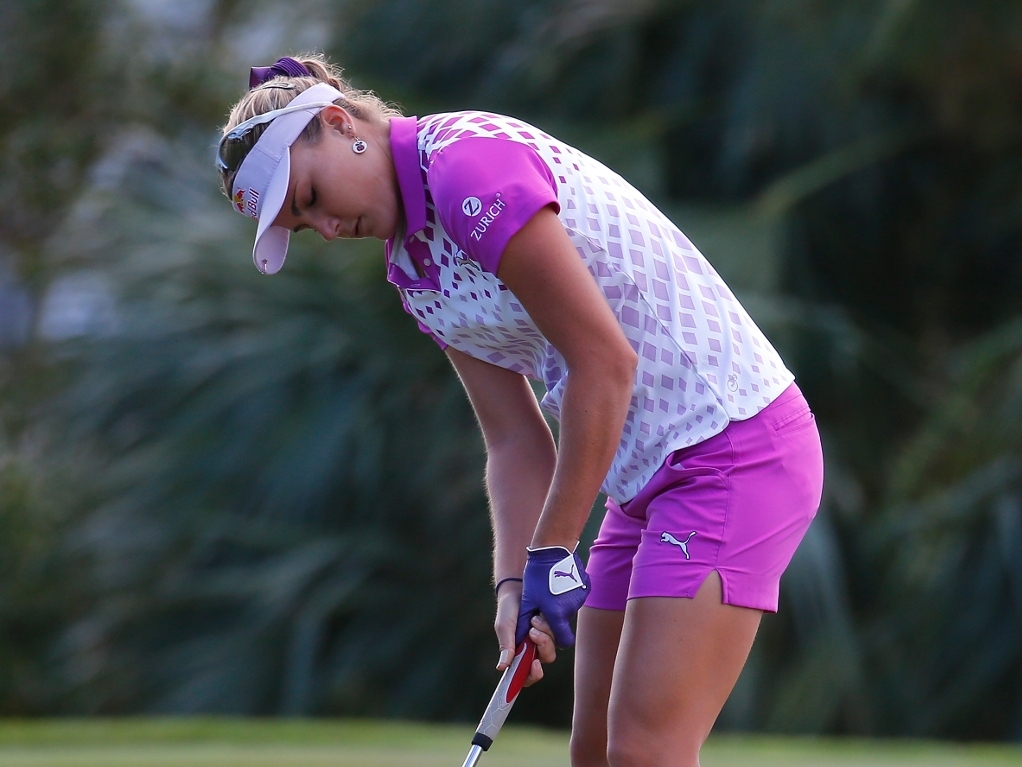 With six LPGA Tour victories and a major title to her name at just 21, Lexi Thompson has a game that many would envy. However, her putting is one area that has held her back slightly in the past, and in attempt to remedy this, she's adopted a rather unique putting style…

Thompson finished 37th on Tour in putts per greens in regulation and 114th in putting average last year. For a player ranked fourth in the world, those aren't great stats – and Thompson knows it.

In an effort to improve her putting she began practicing putting with her eyes closed during the final event of the 2015 season. The American has now decided to implement her new technique in tournaments, and it helped her to a tie for 17th at the season-opening Pure Silk Bahamas LPGA Classic.

“I basically just feel it in my stroke and take a deep breath,” Thompson told Golfweek of her new approach.

Speaking to reporters after her opening round of 69 at the Coates Golf Championship, Thompson added: “It feels like I’m burning a hole through the golf ball with my eyes sometimes.”

Thompson is not the first golfer on the LPGA Tour to putt with her eyes closed, Suzann Pettersen did so early in her career, while on the men's circuit former world number one Vijay Singh did so. The Fijian believed that closing his eyes gave him more freedom and allowed him to relax.