Thompson, Miyazato ahead at ANA Inspiration 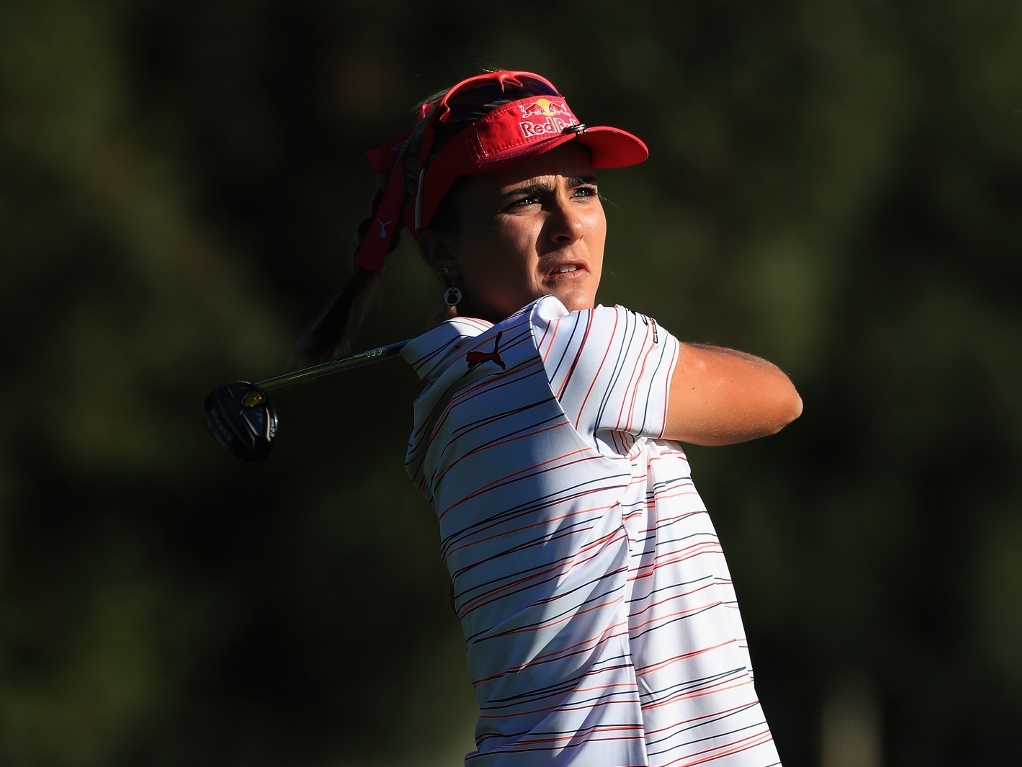 Lexi Thompson and Ai Miyazato claimed a one-shot lead at the ANA Inspiration in Rancho Mirage on Friday.

The world number three climbed into a share of the lead following her round of four-under-par 68, while Miyazato maintained her position atop the summit despite firing a two-under-par 70.

Thompson and Miyzato, who are on seven-under, are closely followed by a large group of golfers, which includes world number one Lydia Ko, Suzann Pettersen and Lee-Anne Pace.

Inbee Park is currently six strokes off the lead in a tie for 34th, while defending champion Brittany Lincicome is four strokes adrift of Thompson and Miyazato in a tie for 20th.

Thompson, who finished in a tie for 43rd at the Kia Classic last week, did not enjoy a successful front nine as she made a birdie and a bogey. However, her fortunes took a turn for the better on the back nine as the Honda LPGA Thailand champion made a hat-trick of birdies from the 12th to 14th before capping off her round with 30-foot birdie putt at the 18th.

Miyazato, who was in a share of the lead with Azahara Munoz overnight, stayed atop the leaderboard even though she followed her round of 67 on Thursday with a 70. The 30-year-old had a fairly turbulent front nine as she made three birdies and two bogeys, but her back nine was slightly more successful as she made two birdies and a bogey.

Ko climbed up 11 spots on the leaderboard following her round of 68, which began in style as she made an eagle at the par-five 11th. Even though she faltered at the 13th, where she recorded a bogey after finding a bunker, the Kia Classic winner atoned for her mistake with three birdies on her back nine.

Lincicome also shot up the leaderboard on Friday as she carded a three-under-par 69, during which she made five birdies and two bogeys.

Meanwhile, Park, who was the runner-up at the Kia Classic, plunged down the leaderboard after hitting a one-over-par 73, which included two birdies, a bogey and a double bogey at the par-five 18th.