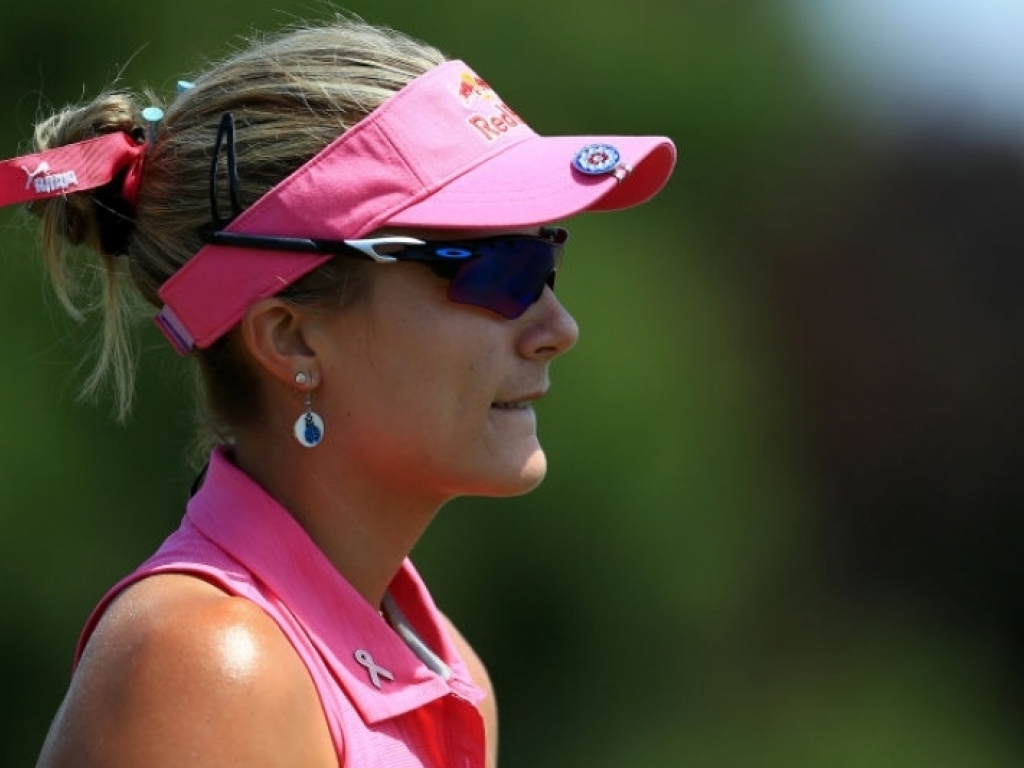 Lexi Thompson will be looking to become the first multi-time winner this year on Sunday after shooting a third-round 67 to grab the third round lead at the Manulife Classic in Canada.

Thompson had never played Whistle Bear Golf Club before this week, but she continued her fine debut form, adding a five birdie, bogey-free round to her opening rounds of 67, 65 to finish the day at 17-under par.

The 22-year-old will hold a one-shot lead over Lindy Duncan heading into the final day.

“Today was a lot windier than the last two days, so there was just more shot-making and some pins were pretty difficult to get to. It was more just making pars and getting off the hole,” Thompson said after her round.

Thompson made three birdies on her front nine and finished her round with style, picking up further shots at the 16th and 18th.

Duncan will head into Sunday looking for a first win of the season, her best finish so far being a tie for 16th.

Sunday will mark the first time she’s been in the last group of an LPGA event, but she doesn’t plan on changing things.

“I’m just going to do the same thing I’ve been doing: eat dinner and go to bed early,” Duncan said.

The round of the day belonged to Jackie Stoelting, who fired 10 birdies in an 8-under-par 64 that saw her finish the day tied for ninth at 12 under. She took advantage of the easier conditions in the morning before the winds picked up.

Defending champion Caroline Masson made a hole-in-one at the 17th as she finished on seven under.

“It was fun. I didn’t have a lot going for me today, no putts went in,” she said later. “I hit it good, kind of where I wanted to, and watched it release a little bit as we started walking and it disappeared. I’m glad we saw it disappear.”

In Gee Chun, with three runner-up finishes this season, lies two shots back in third place at 15 under.

New world number one Ariya Jutanugarn is at 14 under, tied with Canada’s Alena Sharp.