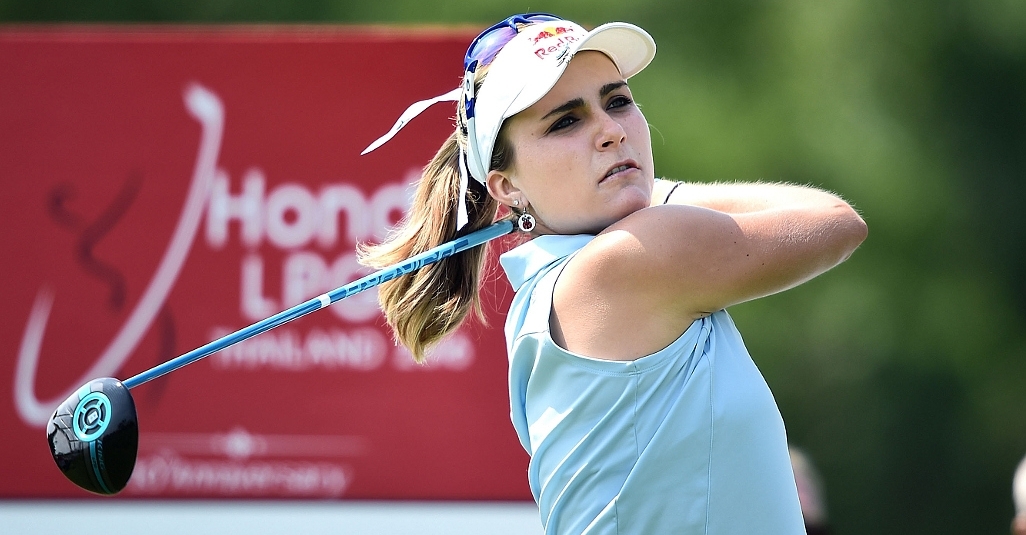 Lexi Thompson shot an opening eight-under-par 64 to position herself at the top of the leaderboard of the Honda LPGA Thailand.

The world number four started her round in sublime fashion as she eagled the opening hole and backed that up with a birdie at the second.

On the sixth she carded her second birdie of the day and followed that with another eagle on the seventh.

The American was forced to wait another seven holes before her next gain, which came on the par four 15th. She made two at the par three 16th before a solid finish saw her hold onto all the strokes she had taken from the course throughout the day.

The 21-year-old from Coral Springs, Florida played the par fives at Siam Country Club’s Old Course in four-under on Thursday.

She was greatly assisted by her ability to be well placed off the box, a luxury she affords herself by hitting the ball a country mile. So far in 2016, Thompson is ranked first in 'Average Driving Distance' and 47th in 'Driving Accuracy', a dangerous pairing in the modern game where power is very rarely coupled with direction.

"I feel great," Thompson said after her round.

"I think I was just very confident out there. I committed to all my shots, just aiming at pins and focused on doing my routine, staying relaxed, and I think that's what helped me out the most."

Commenting on hitting 11 out of 14 fairways with a new driver, the six-time LPGA Tour winner seemed relieved that all her hard work in that aspect of the game was paying off.

"Well, I've been trying to work into it for probably the last few months, and just trying to find a shaft that works for me, and finally found something I'm very comfortable with."

Baek Kyu-jung occupies second place by herself on a score of seven-under while her South Korean compatriot Amy Yang lies in third, also by herself.

Tied for fourth are Azahara Muñoz and Jiyai Shin.

In total, there are eight South Korean golfers within six shots of the leader.