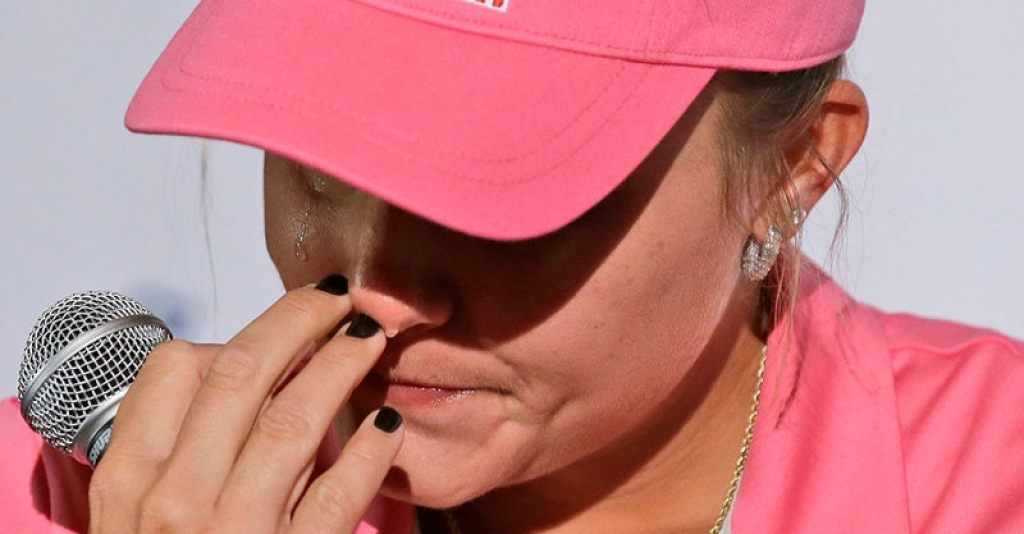 The R&A is set to announce a rule change to prevent a repeat of the Lexi Thompson fiasco at the first women’s major of the season.

Thompson lost the ANA Inspiration in hugely controversial fashion after being penalised four shots during the final round when a TV viewer reported she replaced a marked ball incorrectly the day before.

The decision was met with widespread criticism and it seems like’s golf’s rule makers have taken notice.

While the wheels normally grind slowly when it comes to rule changes, that won’t be the case on this occasion, after top-level meetings at Augusta have officials united on a way forward – although it is not yet clear if the call-in rule will be totally eliminated.

Thompson took part in her first press conference since the incident on Wednesday, and it was clear she had not yet recovered from it.

The 22-year-old broke down as she recounted her ‘nightmare’ experience.

“The hardest part, just going through it,” Thompson said as she fought back tears. “I’ve worked my whole life to have my name on major championship trophies, especially that one. It’s a very special week for me with all the history behind it.”

Thompson was adamant any mistake she made was totally unintentional.

“I mark my ball with a dot and that’s where I focus my eyes on where I want to make contact. So when I went to mark it, I just rotated my ball to line up my dot to where my putter would make contact.”