Thomas: Woods could shine at Masters 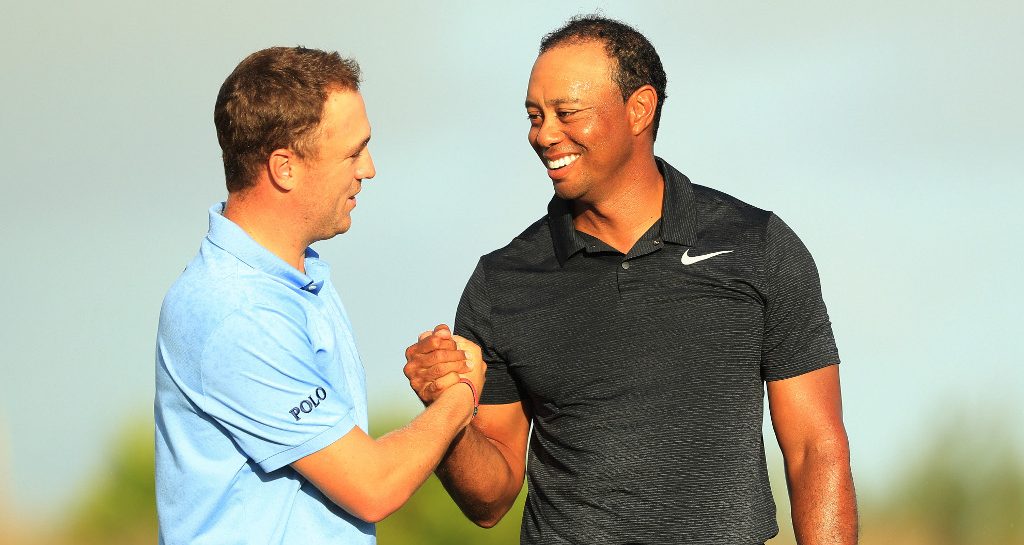 Justin Thomas says a revitalised Tiger Woods could do well at the Masters, although that depends on how his back holds up following several rounds of surgery.

Asked about the four-time Masters champion’s comeback, Thomas said that veterans such as Fred Couples and Bernhard Langer have stellar recent records at Augusta National, and that could also apply to Woods.

“There’s a reason Freddie played so well there for so long (and) Langer… because it’s such an advantage knowing the course and the more you play, the world of difference it makes.”

Couples, 58, won at Augusta in 1992, but has continued to do well in Georgia well into his 50s, finishing in the top 20 on six of his past seven appearances.

While two-time Masters champion Langer was in contention in 2014 at the ripe old age of 57, before finishing in a tie for eighth.

Woods, 41, last won the Masters in 2005, but has been out of the game for two years after undergoing several operations on his back.

A now pain-free Woods made his latest comeback at this month’s Hero World Challenge in the Bahamas, where he played with Thomas.

“If he plays healthy, I think he’ll have a great year,” said the world number three.

“It’s hard to not hype it up or talk about this or that but in reality we need to see what happens because no one knows.

“He was just so happy (at the World Challenge), which was cool to see. I’ve spent some time with him the last couple of years and I’ve never seen him so happy … having so much fun and grinding it out and playing well.”