Thomas and Casey on top in Atlanta 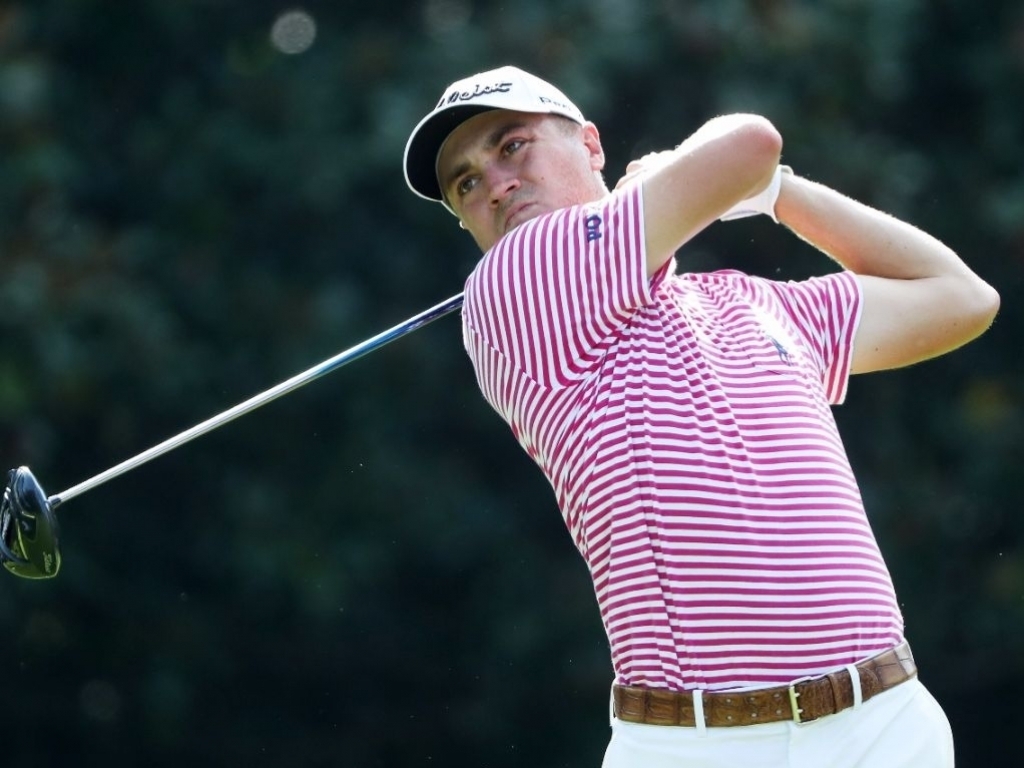 An eagle on the 18th saw Justin Thomas take a dramatic share of the lead at the halfway point of the Tour Championship.

PGA champion Thomas joined Webb Simpson and Paul Casey at the top of the leaderboard at East Lake after the trio all finished the day at seven under.

A win in Atlanta would guarantee Thomas the PGA Tour’s $10million prize fund, although he still has plenty of work to do with 17 players within four shots of the lead.

"I'm definitely pleased, but I felt like I didn't shoot as low as what the scorecard said," Thomas told Sky Sports.

"I guess it was because I was leaving a lot of shots out there. I was hitting some really good putts that just weren't dropping.

“It's easy to get frustrated but I just tried to stay patient and calm and I was glad to be rewarded by that on the 18th. It's nice to have everything in my own hands."

Thomas sank birdies on five and six, before picking up another shot on 13, although he dropped that on the following hole.

However, his best moment came on the 18th after sinking an eagle putt for a round of 66.

Simpson was three shots ahead after completing his first 12 holes, but then a double bogey on the 13th left him with a 67 – the same score as Casey, who registered back-to-back bogeys on 12 and 13.

Jon Rahm, Gary Woodland, Patrick Reed and Justin Rose are all a shot adrift of the lead, with Brooks Koepka, Jason Dufner and Xander Schauffele one further back.

However, FedEx Cup leader Jordan Spieth struggled with his putting as he went round in 70 to leave himself on three under.