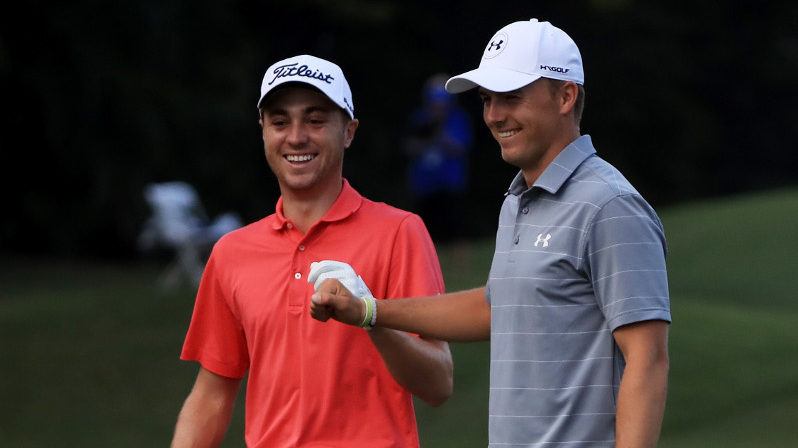 The American pair have been friends since early childhood and no doubt shared many a moment on the practice green draining putts pretending to win major championships.

After just a few years playing professionally, Spieth left his friend in the dust, racking up three majors. But on Sunday at Quail Hollow, it was finally Thomas’ turn in the spotlight.

Jordan Spieth sneaks in the congratulatory slap on the ass for Justin Thomas pic.twitter.com/GrnJn5gHRp

In a sporting world where winning is everything, it is refreshing to see these two have not let results get between them.

From minors to majors. 🏆🏆 pic.twitter.com/vmcZX4b6BX

If that doesn’t leave you feeling a bit warm and fuzzy inside, then please check your pulse.