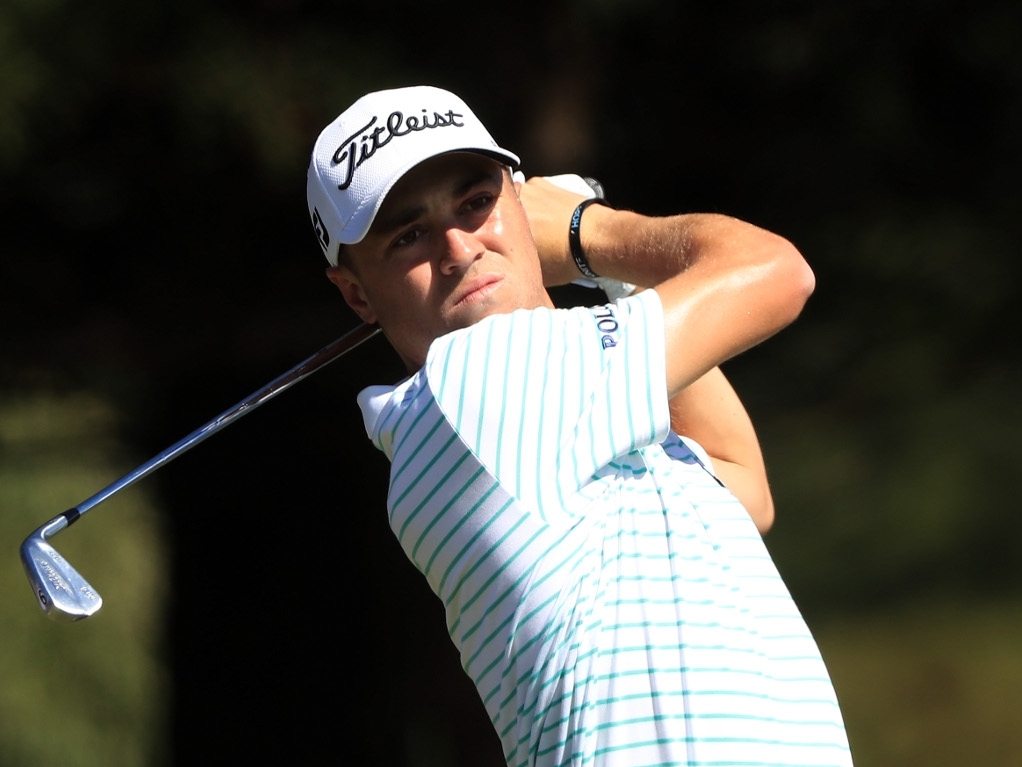 Justin Thomas has continued his scoring feats at the Sony Open after setting a course record over 36 holes.

Thomas became only the seventh player in PGA Tour history to post a round of 59 when he took the lead on the opening day of the tournament in Honolulu, Hawaii.

And the American extended his advantage at the top of the leaderboard on Friday when he carded a round of 64 to break the tournament’s best mark at the halfway stage.

Thomas began slowly, but then sank four successive birdies, before registering another at the last after a bogey on 17.

The 23-year-old is on 17 under – five shots ahead of second place Gary Woodland.

Olympic gold medalist Justin Rose, Zach Johnson and Hudson Swafford are in the group at 10 under par.

That is a welcome outcome for Rose after the Brit only entered because of a new PGA rule which forces players to compete in at least one tournament that they haven’t participated in during the previous four years.

“I was excited to play. I hadn’t played much the last three months and this is a great place to come and it suits my game well,” said Rose.