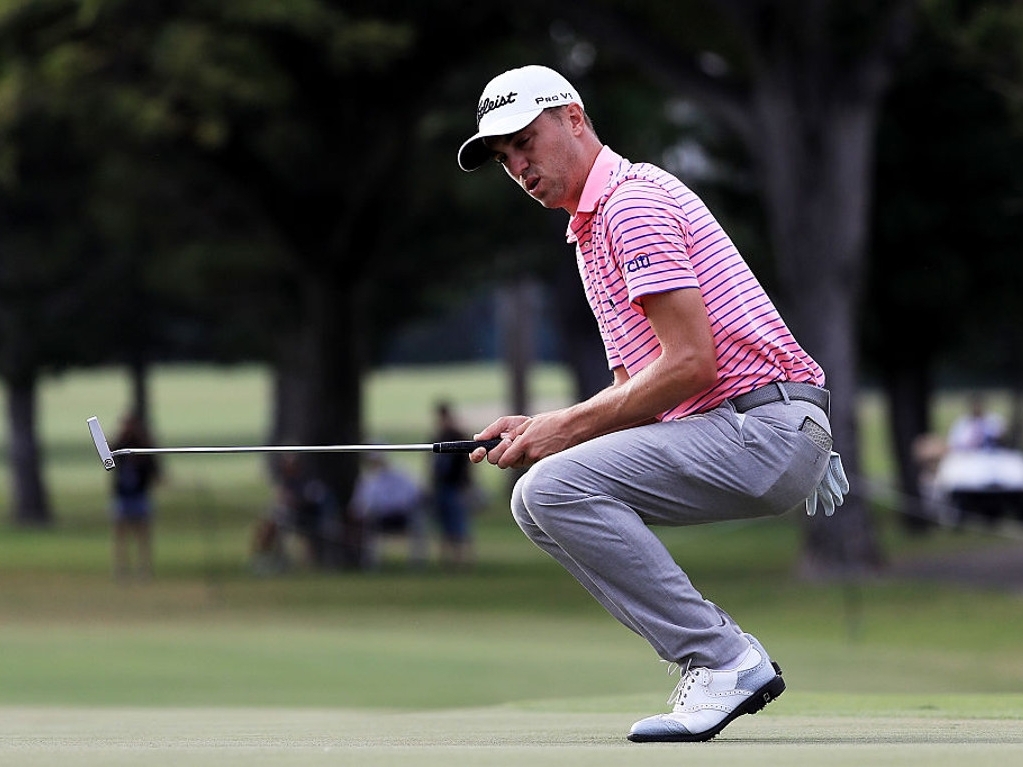 Justin Thomas extended his lead at the Sony Open in Hawaii Saturday, shooting a 5-under round of 65 to stretch the margin over the field to seven shots and tie the 54-hole record for the PGA Tour.

Thomas holed a 15-foot putt on the final green for a fourth birdie on the back nine for his 22-under par total, his nearest challenger Zach Johnson at 15 under.

No player has ever lost a PGA Tour event after being seven shots ahead on the final day.

Rio gold medallist Justin Rose (66) and Gary Woodland (68) lie one-shot further back as Thomas attempts only the second player behind Ernie Els in 2003 to win both events in Hawaii on the PGA Tour.

Thomas had a quiet first nine, saving a par on the seventh after his tee shot bounced down a steep hill, before picking up his first birdie of the day on the par-5 ninth.

He added further birdies on the 10th, 14th and 16th before finishing with a flourish on the final hole.