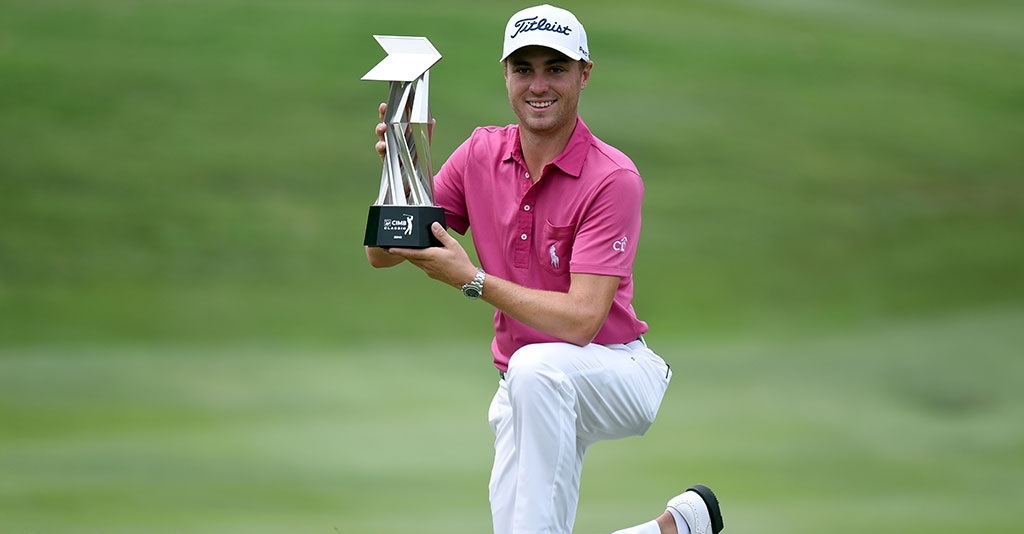 American Justin Thomas fired a final round eight-under-par 64 to come from four shots behind overnight leader Anirban Lahiri to defend his CIMB Classic title at Kuala Lumpur in Malaysia on Sunday.

The 23-year-old caught Lahiri, when the 29-year-old Indian, had a quadruple-bogey nine on the par-five third hole, to retake the lead and win by three shots with a 23-under total over Japan's Hideki Matsuyama on 20 under followed by Lahiri and American Derek Fathauer, who finished tied for third on 19 under.

In his final, Thomas scored eight birdies on the first, third, fourth, fifth and ninth holes and followed that up with birdies on the 10th, 16th and 17th for his bogey-free round of 64.

Thomas, who is 80/1 with BetBright for the 2017 US Masters, had been cruising toward the title in Saturday's third round but dropped four shots in a poor three-hole stretch to put Lahiri in the driver's seat to lead by four strokes going into Sunday's final round.

Then on Sunday it was Lahiri's turn to crash, with his third hole quadruple bogey. He fought back with a birdie and an eagle but a further bogey ended his title hopes.

In fifth place was Australia's Marc Leishman after he fired a 66 with his only bogey of the round coming at the par five 10th, to finish on 17 under.

Keegan Bradley of America finished sixth at 16 under while, in a tie for seventh at 16 under, was Scott Hend of Australia and South African Tyrone van Aswegen.