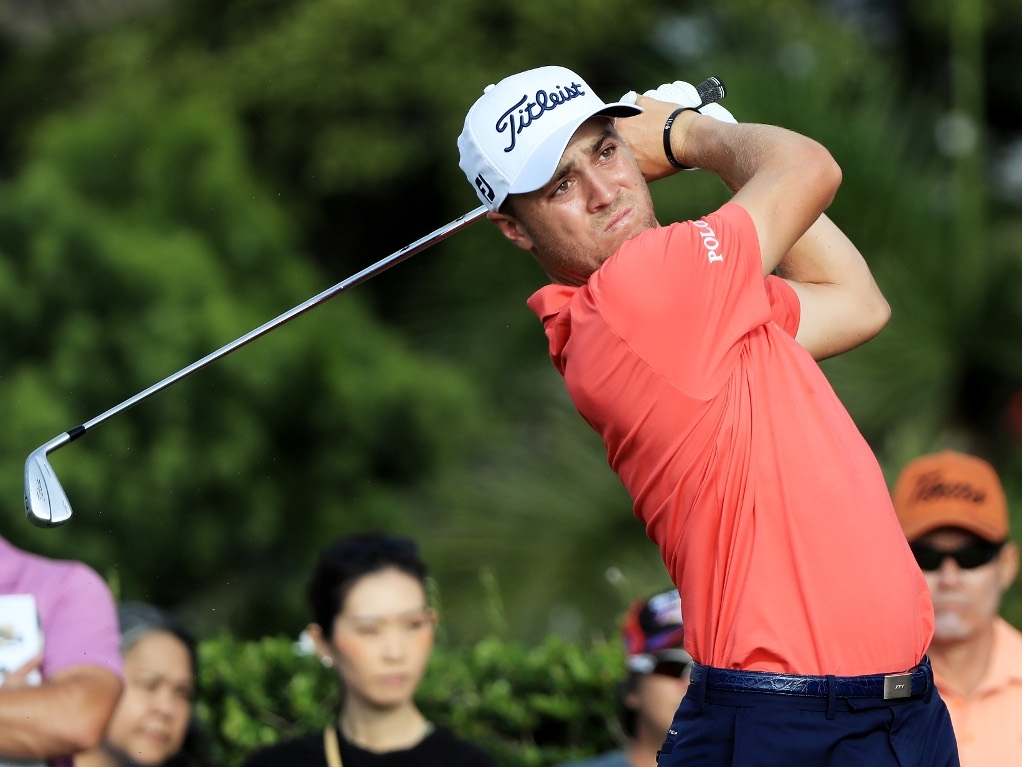 Justin Thomas continued his impressive run of form at the Sony Open on Thursday as he carded an 18-hole course record 11-under-par 59 in the first round.

Thomas, who is coming off a win at last week’s SBS Tournament of Champions, recorded just the eighth sub-60 round in PGA Tour history and is three strokes ahead of Hudson Swafford, who hit an eight-under-par 62.

Rory Sabbatini is four strokes behind in third place, while Jordan Spieth is in a tie for 12th on five-under.

Meanwhile, defending champion Fabion Gomez is 10 strokes adrift of the lead in a tie for 74th.

Thomas, who will have his sights set on a fourth PGA Tour title, began his round with an eagle at the par-four 10th before stumbling with a bogey at the next hole. He recovered brilliantly to make five birdies on his last six holes on his front nine.

Heading into his back nine, Thomas stayed in red-hot form as he made three more birdies before concluding his round with a 14-foot eagle putt at the par-five ninth.

Swafford made nine birdies and a bogey during his round, while Sabbatini’s round of 63 consisted of six birdies, a bogey and a five-foot eagle putt at the ninth.

Spieth began his round on a high as he made a trio of birdies on his front nine before starting his back nine with a bogey at the first. He bounced back with three birdies to keep himself in a good place going into the second round on Friday.

As for Gomez, he endured a turbulent round of 69 as it included four birdies and three bogeys.