Thomas at the top in Malaysia 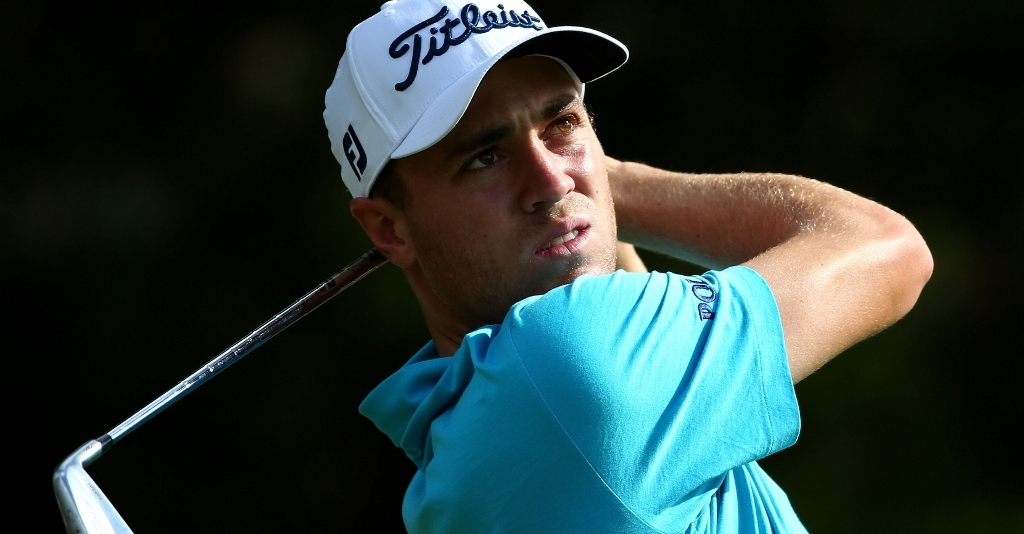 Justin Thomas has a two shot lead after the second round of the CIMB Classic on Friday.

The defending champion built on his opening round of 64 to card a six under 66, which moves him to 14 under par at TPC Kuala Lumpur.

Thomas is two shots ahead of Anirban Lahiri with his pair of 66s, while James Hahn is on 11 under with Russell Knox and Hideki Matsuyama.

The American, teeing off on the back nine, had a slow start with just two birdies in the opening nine. His first was fortunate, chipping in from the edge of the green on the par four 13th.

But Thomas rallied on the next nine, rolling in four birdies to keep his dream of a first PGA title defence alive.

Meanwhile, Knox carded the round of the day, a sizzling nine under 63, which included a run of fur birdies on the back nine.

Further down the field, opening round leaders Keegan Bradley and Derek Fathuer struggled with 72 and 70 to slip to T8 and T6 respectively.