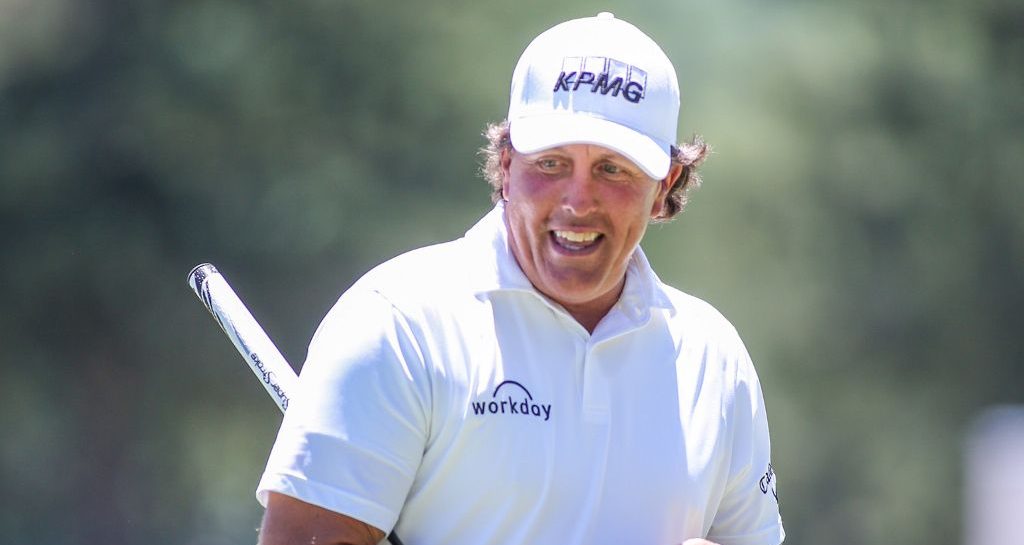 We all know Phil Mickelson is one of the greatest golfers the game has ever produced – but one statistic in particular really drives that point home.

Ironically, just days after Mickelson won a completely unofficial event that offers no world ranking points (‘The Match’ against Tiger Woods in Las Vegas) he has achieved a rankings feat that really brings his greatness into sharp focus.

Phil Mickelson captures the win under the lights in Las Vegas. 🏆#LiveUnderPar pic.twitter.com/IBQ735rtEh

The 48-year-old, currently ranked 27th in the world, has now spent 25 straight years inside the world’s top 50.

While his five major victories, 43 PGA Tour titles and three World Golf Championship crowns tell their own story, Mickelson’s incredible longevity at the top of the world rankings really highlights his impressive consistency.

This week Phil Mickelson @MickelsonHat will reach another milestone in his long and storied career when the American celebrates 25 consecutive years inside the Top 50 of the Official World Golf Ranking!!https://t.co/BKVNII8yss#OWGR#OfficialWorldGolfRanking pic.twitter.com/CkjiGtM5RJ

Those 25 years add up to 1305 consecutive weeks inside the world’s top 50 – including 166 top ten finishes in the 647 OWGR Eligible Tournaments in which he has competed in worldwide.

Mickelson did come close to breaking this streak earlier this year when he dropped No. 49 after the Farmers Insurance Open, but wouldn’t you know it – he then produced four consecutive top-six finishes to head back in the opposite direction.

And his most recent victory over a resurgent Tiger Woods in Las Vegas last week suggests he’s not done yet either.