The story behind Palmer’s umbrella logo 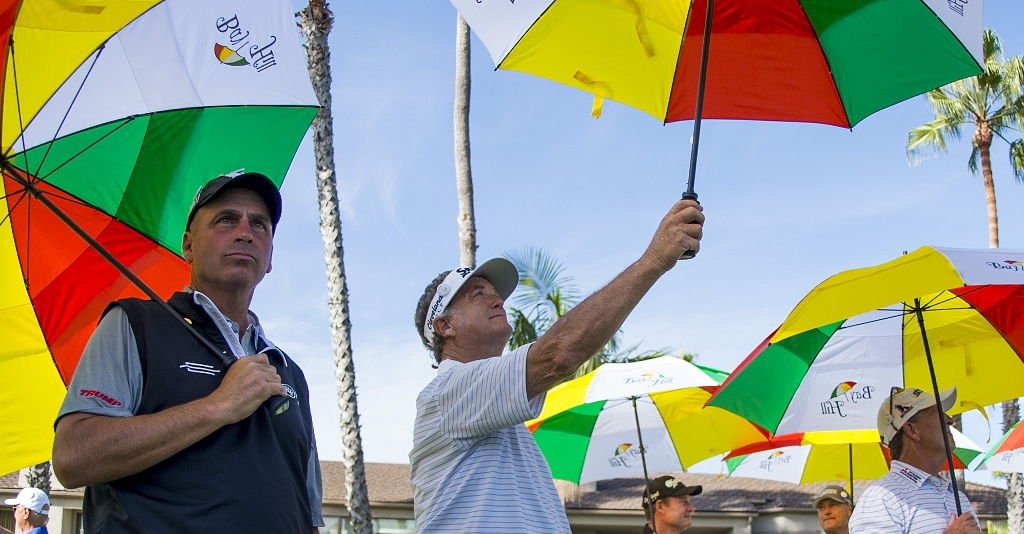 Ever wonder why a colourful umbrella has become an image synonymous with golfing legend Arnold Palmer?

Expect to see plenty of umbrellas at this week's Arnold Palmer Invitational, as the tournament and its participants pay tribute to the late great American, who passed away last year.

For the first time, Palmer is no longer around to host the tournament that bears his name, but his presence will certainly be felt at Bay Hill this week.

Golf fans can expect to see lot of the event's signature red, green, white and yellow umbrella, but how did this image become associated with Palmer?

Also, will be marking my @Titleist balls with his logo this week. Thanks to @TinCupMarker for making this happening! @APinv pic.twitter.com/yjslSEZntY

The story actually dates all the way back to 1961, when Palmer was trying to come up with the perfect logo for his new business venture. He wanted something unique, but struggled to come up with the right image. At one point he got so frustrated that he decided to take a walk in the rain.

The frustration level in the meeting was rising and Arnie went to walk it off only to find it was raining outside. He saw a lovely woman get out of her car and pop open a multi-colored umbrella. Arnie dashed back into the conference room.

“What about an umbrella?” said Arnie. Someone at the table shot back, “What kind of umbrella?’ Arnie suggested a multi-colored golf umbrella. A few heads bobbed in agreement. But nobody was even close to calling it a good idea, yet. Somebody told Arnie not to get his hopes up too high because it would be a miracle if someone hadn’t already trademarked it.

A quick check confirmed that the image had not been trademarked, and though not everyone was sold on the idea, the colourful umbrella won the day.

And now, more than 50 years later, it continues to live on even after Palmer's death.