The Open set for final-round duel 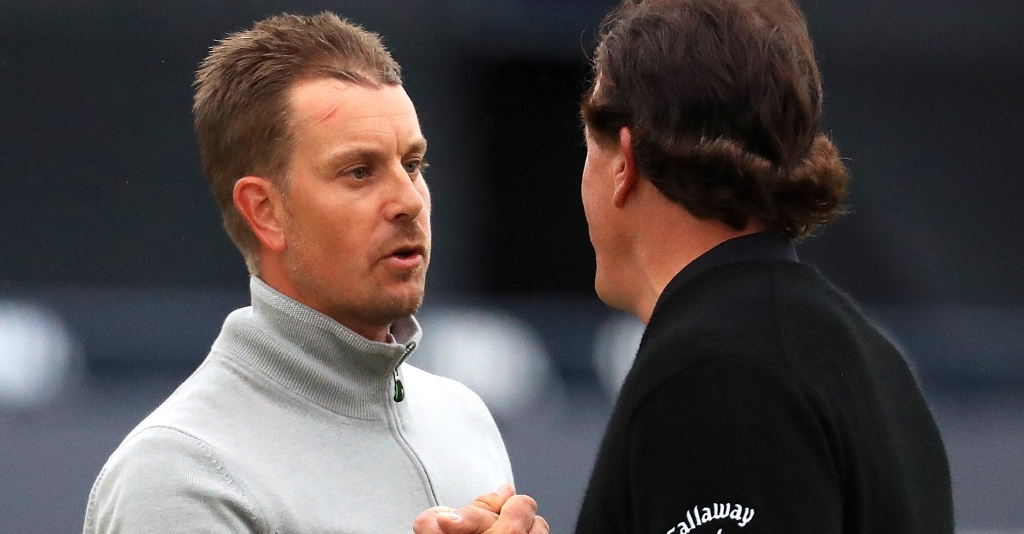 Phil Mickelson and Henrik Stenson look set to battle it out for the Claret Jug, after they could not be separated on Saturday.

The pair traded blows throughout the third round of the Open Championship at Royal Troon, with the lead changing hands on several occasions, but neither was able to carve out a solid advantage and there is still just one shot between them heading into the final round.

Mickelson started the day one shot in front but ended it one shot back after Stenson managed to get his nose in front late in the day – though it could easily have ended up the other way around.

The Swede eventually signed for a three-under-par 68 to lie on 12 under, with the American a shot back on 11 under after one-under-par 70.

These two have given us a fantastic day. Stenson regains the lead with a birdie whilst Mickelson bogeys 17. #TheOpen pic.twitter.com/58uLm7atin

They lead third-placed Bill Haas by six and five shots respectively, so unless both players have really bad days tomorrow, it will be a straight shoot-out between them for the title.

Mickelson is chasing a sixth major title, and Stenson his first, having come so close on several occasions.

Stenson was quickest out of the blocks, giving himself a good look for birdie at the first before draining it to immediately draw level.

.@henrikstenson birdies the 1st hole to tie the lead with Phil Mickelson. #TheOpenhttps://t.co/cz3ndoHerO

After a pair of birdies at third, the Swede hit the front at the fourth with his third birdie, although he would give it back two holes later with a three-putt from just off the sixth green.

Mickelson then retook the lead on the eighth as Stenson made his second bogey of the day.

That lead stretched to two shots for Mickelson at the 13th, as the American threatened to start running away with it.

That advantage proved to be short-lived, however, with a two-shot swing following on the par-3 14th. Stenson produced a superb tee-shot and made no mistake with his birdie putt, but Mickelson saw his short par putt lip out of the hole.

Mickelson retook the lead once again after a birdie at 16, but the duel continued and there was another two-shot swing at the 17th, as Mickelson failed to get up and down for par only for Stenson to make another birdie.

That handed Stenson a one-shot lead, which he held on to following the completion of the day's action as both players recovered from wayward second shots to par the 18th.

What a reception for these two on the 18th. Can't wait for tomorrow. #TheOpenhttps://t.co/5WwTucKnWn

Further down the field, American Bill Haas shot a very respectable 69 to move into third place on six under.

That was one stroke clear Englishman Andrew Johnston, whose 70 saw him hold to play his way into the penultimate group.

JB Holmes lies on four under, followed by Steve Stricker, Tony Finau and Soren Kjeldsen, all of whom are likely already out of the running for the title.

None of the big guns were really able to get anything going and challenge at the top. The likes of Dustin Johnson (72), Rory McIlroy (73) and Jordan Spieth (72) needed something special on Saturday, but Troon wasn't feeling generous.